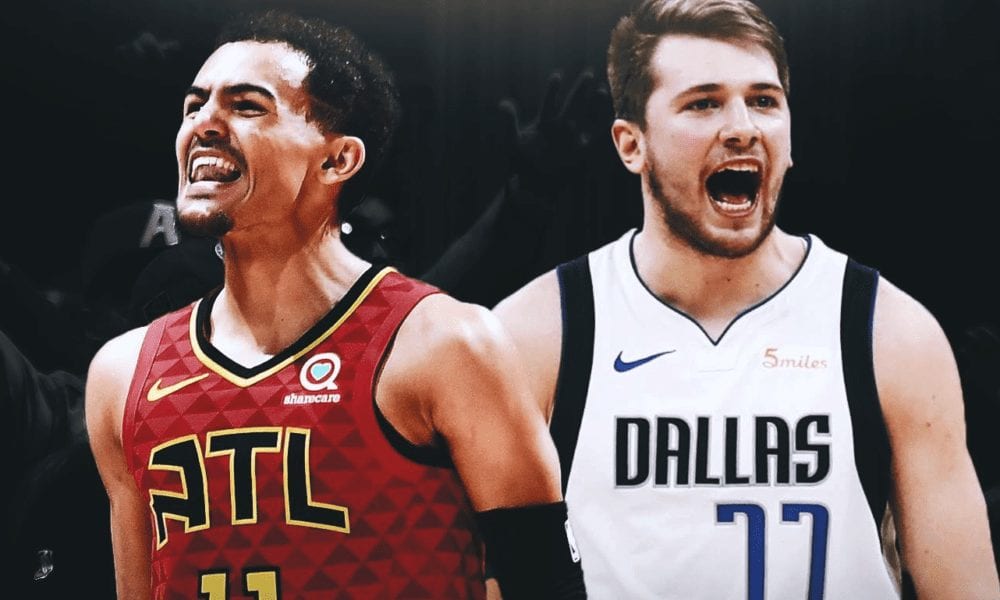 Panic spread through the city of Atlanta when Trae Young launched a series of airballs in Summer League, and things didn’t get much better when the regular season began.

Crushed by the weight of expectation, Young reached the midway point of the season shooting just 39.4 percent from the field and 28.8 percent from three.

For a famed college shooter, it was alarming to say the least.

Meanwhile, Luka Doncic – who as you may have heard, was traded for Young on draft night – was lighting the basketball world on fire.

It was LeBron James-esque in the way Doncic faced unprecedented hype and somehow exceeded it almost immediately.

Half way through the season, the Slovenian was putting up 20/7/5 with a three-point clip almost 10 percent higher than Young’s.

He was also a better defender, posted higher true shooting and effective field goal percentages and got to the line much more frequently.

Doncic appeared to be an absolute lock for Rookie of the Year.

His already excellent playmaking became borderline elite and he finally found his shot (turns out it was just inside half-court, near the edge of the logo).

Around the same time, Doncic had a couple of bad games and suddenly the narrative was close to flipping.

Young was the flavour of the month and came with public endorsements from Donovan Mitchell, Kyle Kuzma and Blake Griffin.

But let’s not get too carried away.

Luka is still outscoring and out-rebounding Trae on the season, while hitting at a higher rate from the field and matching him behind the arc.

Reports of Luka’s ‘slump’ – which have wrestled much of the ROTY conversation Young’s way – have also been greatly exaggerated.

During the second half of the season, when Doncic supposedly gave up valuable ground to Young, he still put up 22.7 points, 9.3 rebounds and 7.2 assists.

It was also in that time that he dropped 23/11/10 in a 35-point statement win over the Warriors at Oracle Arena.

The only black mark was a 28.2% three-point shooting across that stretch, almost identical to Young’s long-range shooting numbers in the first half of the season.

Outside of his uncharacteristic nine-turnover game in mid-March, you won’t find much at all.

Luka Doncic vs Trae Young. WHO’S YOUR ROOKIE OF THE YEAR!

Young has lifted his game, but Doncic never truly dropped off.

You could also argue it’s easier to play well later in the year, the way Young has, with six of his seven highest scoring games coming in the final quarter of the season.

As impressive as those performances were, there’s no better time to get buckets than when the league’s destitute teams are already in full-blown tank mode.

And most of those teams conveniently reside in Trae’s conference, not Luka’s.

There’s always an outside chance that recency bias rears its ugly head and hands Young the trophy.

But Doncic is the true Rookie of the Year.