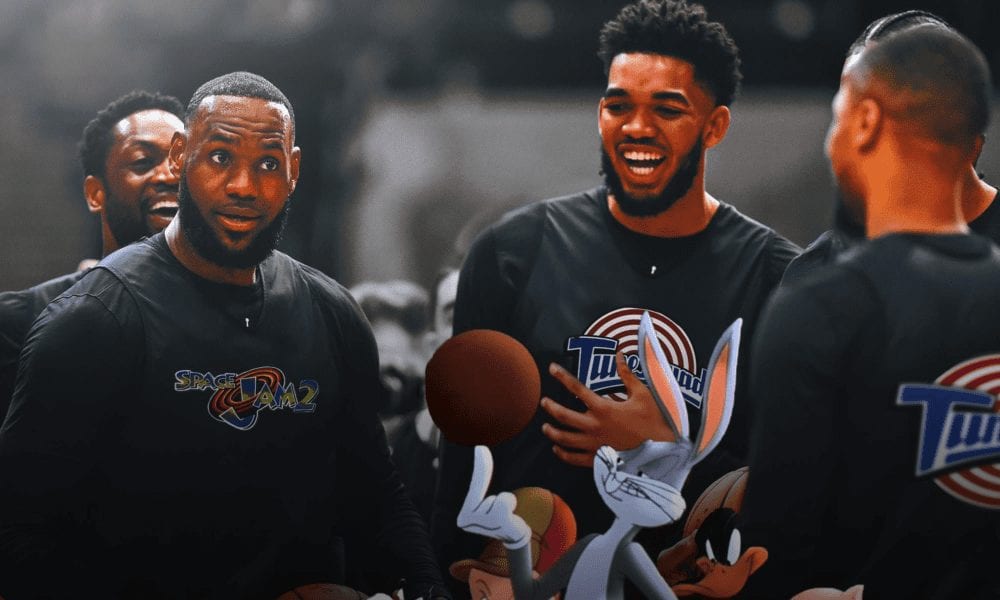 It seems no one wants to play with LeBron James, not even in a fictional world.

First Giannis Antetokounmpo passed on appearing in Space Jam 2 because he wasn’t willing to miss two weeks of offseason training.

Now James Harden, Steph Curry and Kevin Durant are all unlikely to appear in the film, according to The Hollywood Reporter.

That’s because the Space Jam franchise is closely tied to Nike, and Harden and Curry are signed to Adidas and Under Armour respectively.

Durant’s with Nike but will be pursuing his own Hollywood endeavours over the summer, including his own series, ‘Swagger’, which is based on his life.

On top of the game’s best players falling out of the running, Black Panther director Ryan Coogler is re-writing the script just two months out from the start of production.

And that script may not be along the lines of what Space Jam fans are hoping for.

Instead of utilising star power from around the league like the original film, the second instalment will focus heavily on LeBron’s family arc, per The Hollywood Reporter.

The second lead role is a yet-to-be-cast teen character named Dom, while a friend character based on Maverick Carter will also feature.

Rarely are sequels as good as the original, and the Space Jam 2 crew appears to have a lot of work to do if it wants to defy the odds.

You may recall that LeBron’s last movie was called Trainwreck.

Let’s just hope this one isn’t an actual train wreck.