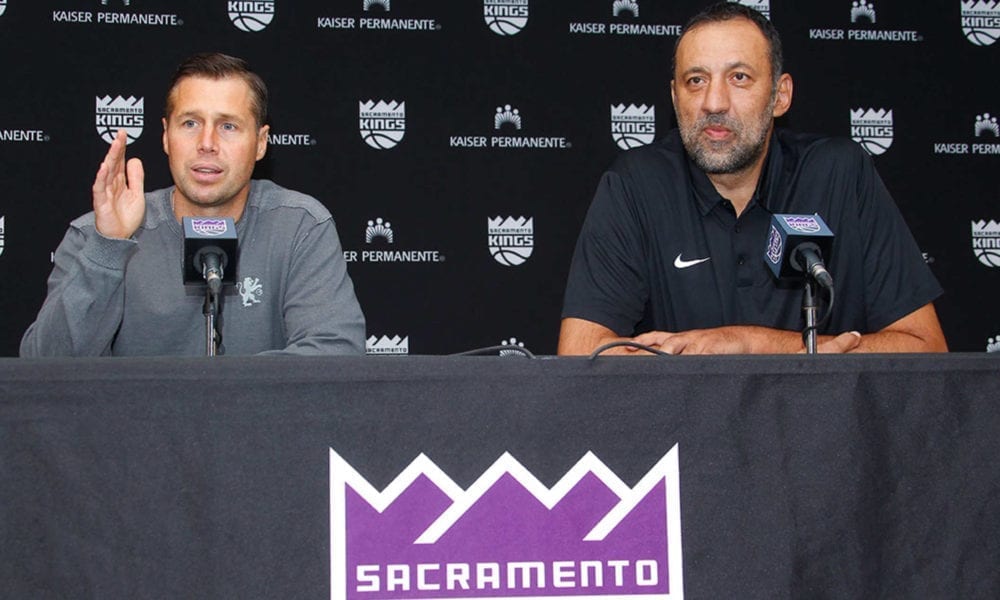 The Kings have finally found their way on the court, but some things clearly haven’t changed behind the scenes.

Despite leading Sacramento to their best season in 13 years, head coach Dave Joeger was given his marching orders today.

The man who fired him, general manager Vlade Divac (who I’m still not convinced knows half of the CBA), had his contract extended through to 2022-23.

Apparently Divac deserved to be rewarded for Sacramento’s turnaround, but Joeger didn’t.

The Grizzlies had JB Bickerstaff conduct all his players’ exit interviews before sitting him down for his own and firing him on the spot.

The Cavs have fired Larry Drew. This is after a bizarre season during which Drew and team management couldn’t initially agree on whether he was actually head coach or not.

The Suns have made James Jones their permanent GM, for some reason.

Kemba Walker appears to be torn between staying loyal to the Hornets and being able to compete for a championship (hell, even making the second round would be nice).

Spalding is rolling out a Black Mamba basketball to honour Kobe Bryant.

Dwyane Wade has explained why he chose Carmelo Anthony for his final jersey swap.

The playoffs are here!