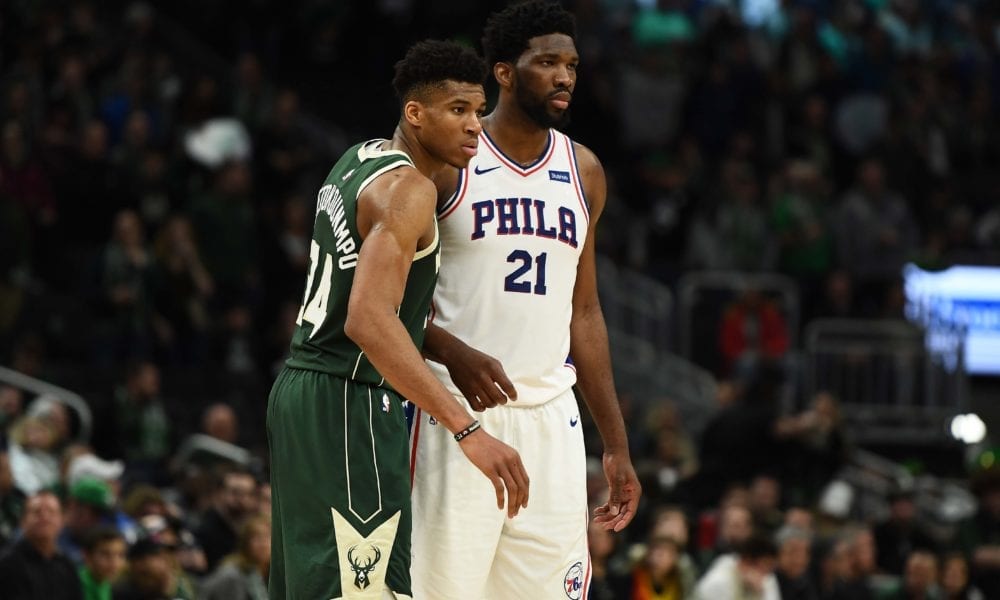 Sometimes a change is as good as a holiday.

And sometimes the firing of a terrible NBA exec is as good as winning a title (almost).

That’s certainly how a lot of Wizards are feeling right now, following the firing of team president Ernie Grunfeld.

There are few worse feelings in sports than knowing nothing will ever change until your owner, GM or president does.

After 16 years, Wizards fans finally have their wish.

Now Knicks diehards are hoping more than ever that they too are unshackled from their incompetent overlord.

The only problem is you can’t fire your owner.

Let’s just hope Amazon CEO Jeff Bezos is as serious about buying the Knicks as Charles Oakley says he is.

Giannis Antetokounmpo has some thoughts on Joel Embiid calling himself the most unstoppable player in the league.

A new Malice at the Palace at the documentary is on its way. It features extensive footage of the fight and will debut on May 31. Fittingly, the Pacers play the Pistons in Detroit today…

Jimmy Butler has revealed he wanted to quit basketball in college (as opposed to all of his teammates wanting to quit in Minnesota).

Steph Curry’s secret to breaking out of a shooting slump: contact lenses.

Lakers owner Jeanie Buss has admitted all this losing hasn’t been very on-brand lately. The constant drama has though, so… you know, there’s always a silver lining.

The Wizards sales team is using the firing of Ernie Grunfeld to sell tickets.

Lonzo Ball is suing a former co-founder and manager of Big Baller Brand for damages of more than $2 million.