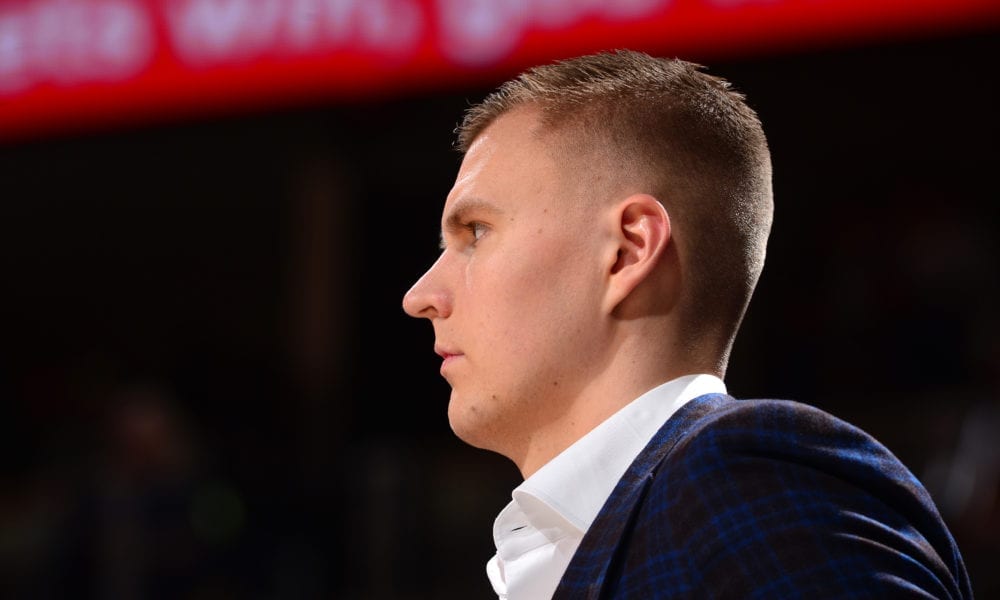 By now you’re aware that Kristaps Porzingis has been accused of sexually assaulting a woman in his New York penthouse last year.

To gain a clearer picture of this troubling, complex and developing story, here’s everything that’s been reported so far.

A young woman has alleged Porzingis visited her apartment on February 7, 2018 – shortly after tearing his ACL – before she accepted an invitation to go back to his luxury penthouse, according to the New York Post.

She told police that once she was inside, Porzingis held her down, punched her in the face and raped her.

Following the Post’s initial article, TMZ reported that in addition to punching and raping the woman, Porzingis spat on her, called her “my bitch” and “my slave” and said he owned her.

The accuser reportedly claimed Porzingis stopped assaulting her because she put up a fight.

The woman’s claims are considered credible by investigators, according to the New York Post, which attributed that information to one “high-ranking NYPD source”.

It’s unclear how well the woman knew Porzingis, but reports suggest she lived in the same building as him.

The accuser told police she’d discussed getting $68,000 in hush money from Porzingis, which she planned to put towards her brother’s college tuition, according to The Post.

She claimed Porzingis then reneged on the payment.

Porzingis downed at least one shot of tequila in the immediate aftermath of his ACL injury, along with his two brothers and longtime physiotherapist, according to a 23-minute documentary about his return from injury.

It must be said that there is no concrete evidence to suggest both the drinking and the alleged assault occurred at the same time.

The response from Porzingis’ camp

Porzingis’ lawyer, Roland G. Riopelle, denied the allegations and said he had already referred the case to federal authorities due to the “accuser’s extortionate demands.”

There are conflicting reports here.

According to Adrian Wojnarowski, “the Knicks informed the Mavericks of the pending rape allegation” and “the league office had been previously made aware of the allegations”.

Trading for someone he knew to be facing rape allegations would be a particularly bad look for Dallas owner Mark Cuban, who faced intense criticism after claiming he was unaware of the rife sexual harassment in his Mavs office, which was exposed by a Sports Illustrated investigation last February.

However, Wojnarowski’s report was followed by one from the Dallas Morning News’ Brad Townsend, who claimed he’d spoken to two league sources which “strongly contradicted” Woj’s report.

Both sources said the word “extortion”, not “rape”, was used by the Knicks during talks with the Mavs and the NBA.