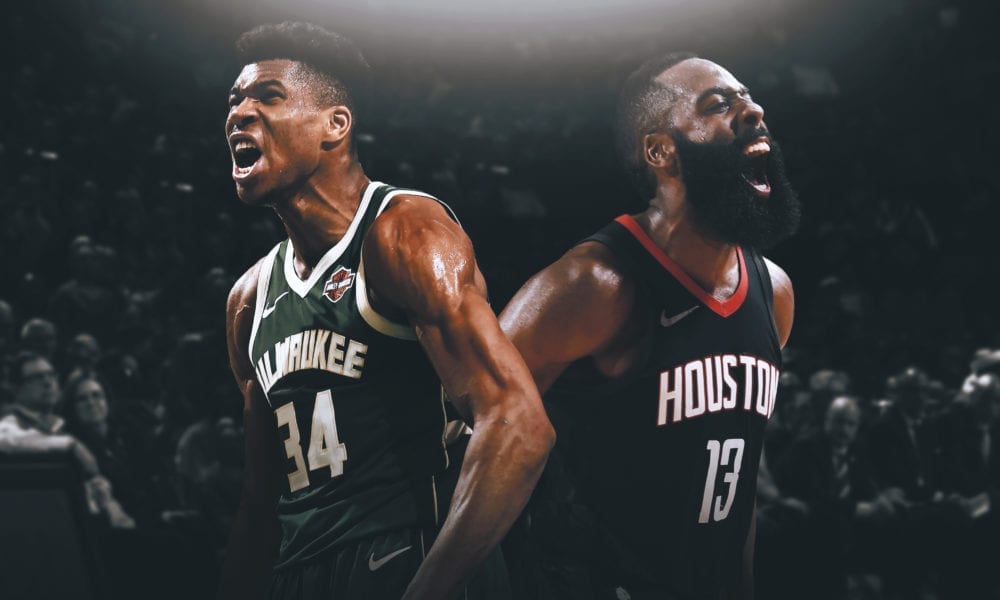 Amid these dog days of the NBA season, the basketball gods briefly had mercy when they gifted us James Harden vs Giannis Antetokounmpo on Tuesday night, a tasty showdown between the two leading MVP candidates.

Giannis won that battle, and he should win the MVP war too.

The first place a lot of us turn during debates like this one is the stat sheet.

But as much of an inconvenient truth as it is, stats don’t help us a whole lot in this case.

Take a look at this:

But we can find some clarity elsewhere.

Let’s start with some simple facts.

The Greek Freak is the best player on the best team in the NBA.

Not only has Milwaukee been the been the best team this season, it hasn’t even been close.

Giannis’ brilliance has driven the Bucks to absolutely slaughter teams, with a 9.4 point differential that’s head and shoulders above the pack.

To Harden’s credit, he’s on track to propel a team that was once in disarray to 50+ wins and a top-three seed in the West.

He’s also the proud owner of the season’s single greatest storyline: lighting the league on fire following Chris Paul’s injury earlier in the season, when he averaged 41.1 points, 7.6 rebounds, and 7.4 assists per game for a solid two and a half months.

But as prominent as recency bias can be in this league, the MVP award should be about a player’s season-long body of work.

And while Harden has become the very symbol of the offence-first modern NBA, he only dominates at one end of the floor, and Giannis has him will and truly beat at the other.

The Freak has been truly elite on D and there’s a world in which he wins both MVP and DPOY.

Antetokounmpo defends the rim at Rudy Gobert-like levels, holding opponents to 53 percent shooting at the basket, and yet he somehow still has a tremendous defensive impact in every other part of the floor too.

He’s also doing it in an era in which playing defence is becoming increasingly difficult.

Meanwhile, the Rockets have given up an extra 3.4 points per 100 possessions when Harden’s on the floor.

In a race as close as this one, it’s hard to go past the player who’s done it at both ends of the floor and collected by far the most wins in the process.