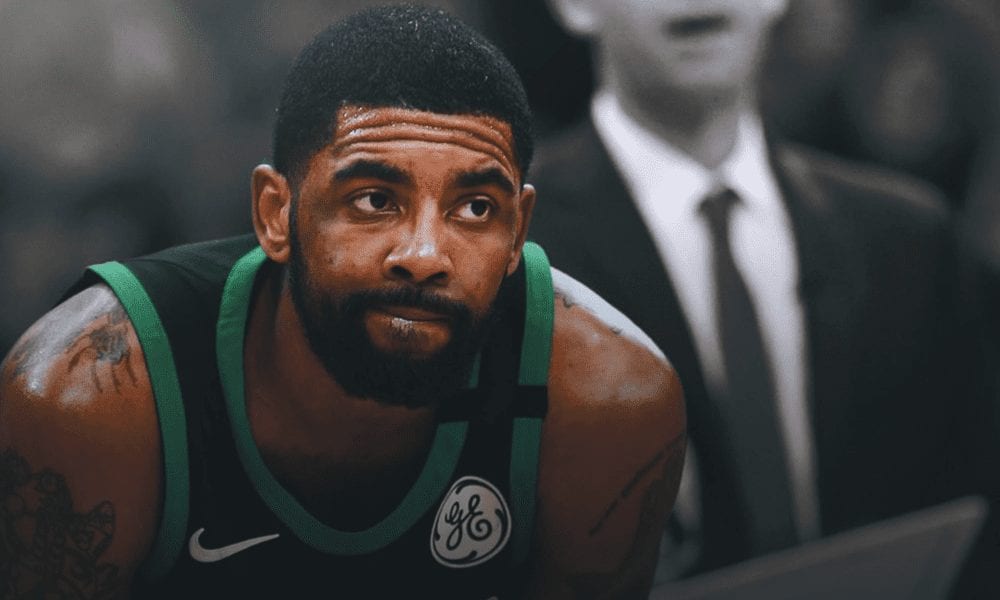 Things were finally looking up earlier this month when Kyrie Irving admitted that taking public shots at his teammates might not have been entirely productive.

It was that admission, coupled with a lengthy and well-documented talk he had with Brad Stevens on the team plane, which was widely linked to the Celtics blowing out the Warriors on March 5 and proceeding to win four of their next five games.

But the moment adversity returned to the team, Kyrie reverted to his old shit talking ways.

When Kemba Walker eased an 18-point Celtics lead on Saturday by dropping 18 points in the fourth quarter, Irving took a shot at the man he’d supposedly fixed everything with just a few weeks earlier.

“We should have probably trapped him a little bit more like every other team does in the league,” he said of Walker, referring to Stevens’ game plan.

“He torches us every time. It’s no surprise.”

Irving loves to talk about being a leader, and yet proceeds to point the finger at everyone else and rattle off comments which will inevitably, if not immediately, inflame tensions within the team.

The tone deafness of it all is hard to comprehend.

Who knew that Kyrie’s overly harsh (and unnecessarily public) criticism, delivered shortly after back-pedalling on a previously shared desire to re-sign with the team, wouldn’t be well received from a group of young players who nearly made the Finals without him?

And while Irving’s favourite public gripes usually relate to his teammates’ lack of experience, this time he took aim at his coach, suggesting no one is safe from his ill-advised rants.

At this rate, Irving’s public approval rating is on track to dip to Kevin Durant levels, someone he might soon join forces with to create what might be the least likeable super team in recent memory.

Related Article:  Inside The Mind Of Kyrie Irving
-->