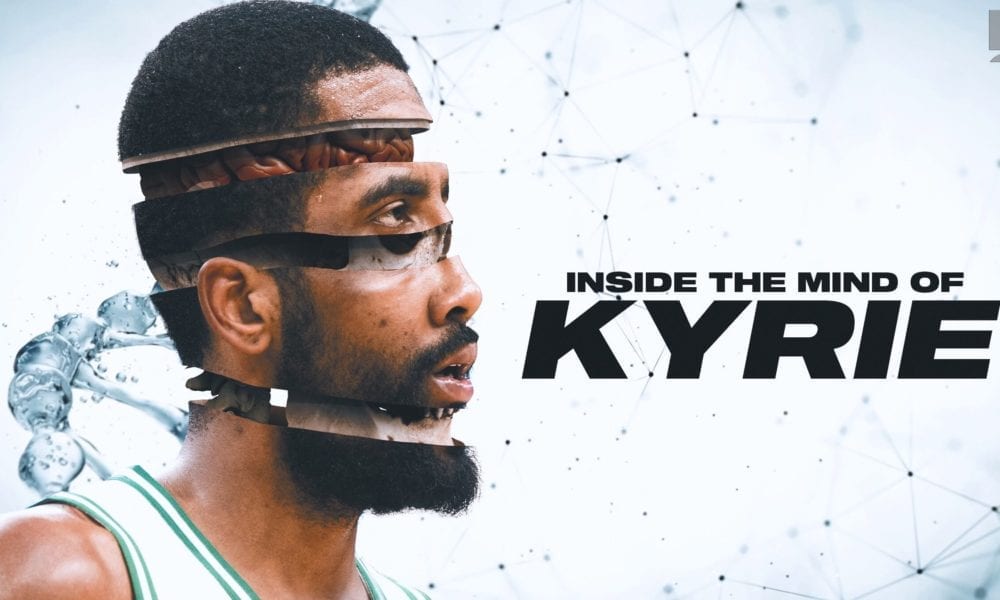 Kyrie Irving has gone on the record saying the earth is flat, the moon landing was fake and dinosaurs never existed.

He’s long had a troubled relationship with critical thinking.

Stepping into Irving’s mind must feel like entering that trippy tunnel of horrors from the original Willy Wonka movie.

This is a guy who once shot down a question about the distractions he causes by saying, “If you’re very much woke, there is no such thing as distractions.”

Irving has a weird answer for everything, and that includes his career moves.

The moment Kyrie arrived in Cleveland, he was craving some meaningful talent around him.

With the team’s other highest scorers being Anderson Varejao, Lester Hudson and a 35-year-old Antawn Jamison, that was perfectly understandable.

Not only did Irving get the help he always desired a few years later, he got it from the best player in the game when LeBron James decided to return to the Cavs.

That was despite having everything he ever wanted: a great team with superstar teammates, the ability to contend every year and a championship ring.

And yet Irving still bristled at the prospect of taking instructions from LeBron and living in his shadow.

As a result, he demanded a trade in 2017 and landed in Boston.

Thankfully, the Celtics fulfilled all of Kyrie’s new requirements.

The main one being that his teammates were good but not too good, meaning he could win games while still being the number one guy.

The Celtics also looked set to contend for many years to come, boasted one of the best coaches in the league and played in one of America’s best sporting cities.

On all fronts, it was an ideal situation.

But not according to Kyrie.

This is the kind of guy who’d visit a tropical resort and complain about the glare from the perfectly white sand.

With Irving sidelined throughout last year’s Playoffs, the Celtics’ young stars were asked to step up, and did so in spectacular fashion.

When Kyrie returned this season, he couldn’t find a way to make things work.

The team had been breathtaking without him, and was painfully underwhelming with him.

And he was quick to point the finger, swiftly deciding everyone was to blame except himself.

Better yet, he then famously called James to apologise for being young and dumb in Cleveland, before sharing that information with the media in order to take another shot at his fresh-faced teammates.

It wasn’t long before people around the league – including ESPN’s Brian Windhorst – suspected Irving would consider teaming up with LeBron once more, which suggested Kyrie blew up a championship team over something he completely backflipped on 18 months later anyway.

So after arriving in Boston wanting to be the man, all the chatter around the league now is that Kyrie is unhappy and wants to team up with Kevin Durant in New York.

That would see Irving return to second fiddle status like he was in Cleveland, with KD filling the ‘LeBron role’.

If Kyrie does in fact go to the Knicks, history suggests he’ll quickly become unhappy with being Robin to someone else’s Batman and this whole cycle will repeat.

Irving is pursuing happiness on a hamster wheel.

At this point, there’s just no pleasing him.

Related Article:  A List Of Strange Things Kyrie Irving Does And Doesn't Believe In...