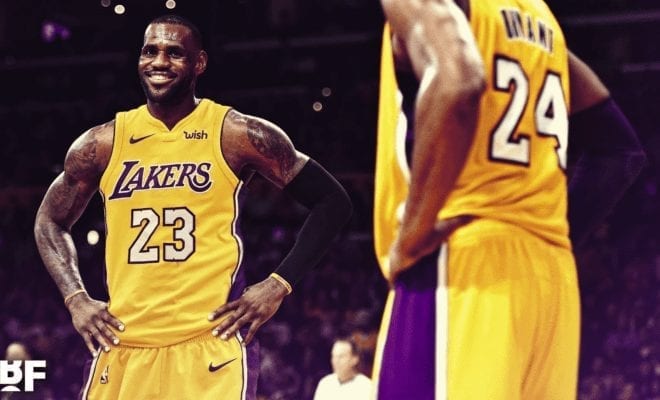 Despite forging an identity as a cold-blooded winner and a collector of championship rings, Kobe Bryant still knows what it feels like to fall short.

He won just 65 games over his last three seasons, a wildly underwhelming outcome which was made worse by the lofty expectations of Lakers management, Lakers fans and Bryant himself.

LeBron James is now going through exactly the same thing a few years later, and Kobe has some thoughts.

The first one being that LeBron shouldn’t beat himself up too much over what he sees as an unfortunate set of circumstances.

“It was unfortunate because it got hit with so many injuries in rapid succession,” Bryant told ESPN. “When they were rolling, I mean, they were playing very well, I think exceeding people’s expectations. But then they got hit with all these injuries. Kind of set ’em back, knocked them off-kilter a little bit.”

Despite a string of questionable moves from the Lakers’ front office in recent years, Bryant said he was confident everything would work out for the Lakers in time.

"Seasons like this are what make the championships worth it.”

–@kobebryant on LeBron and the Lakers pic.twitter.com/RyqA6myggd

“It’s just a matter of being patient,” he said. “Obviously, they’ll make smart decisions. You have opportunities, things, pieces that you can trade, assets of that sort, or you can stay with the young guys who are extremely talented and have great upside and let them develop. Either direction you go should be a good direction.”

“You just got to keep pushing. Seasons like this are what make the championships worth it.”