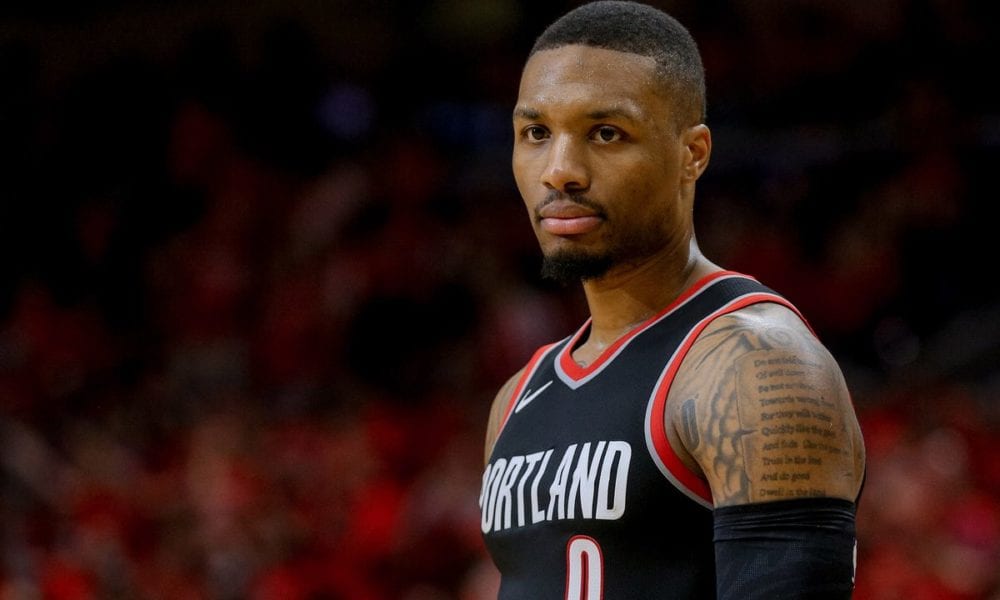 Damian Lillard believes that people are sleeping on the Portland Trail Blazers heading into the playoffs.

And he has one message: “Let them”

Lillard is is hellbent on turning things around after getting swept by the New Orleans Pelicans in the first round last year, a loss which he needed months to get over.

“I’m not gonna lie, I pouted for a while,” Lillard told NBA.com.

“Watched TV and they were talking crap about me left and right.”

Now while Lillard and the Blazers sport more or less the same team, they’ll return to the playoffs with a whole new attitude.

“People are sleeping on us,” Lillard added. “Let them.”

The demon of last year’s horror playoff exit won’t be exorcised until the Blazers make up for it this postseason.

This time around Lillard knows how to deal with the extra media scrutiny, a tough lesson that he learned last year.

“A lot of people who have something to say all the time, they’re the same ones who can never be in my position.

“They can never know what it’s like to have all these people coming down on you in a big moment and come up short.”

Lillard does though, and he’s going to use that pain as a weapon this time around.

“Not only can I deal with doing that, I know that I’m going to bounce back.

“We just want to get back to the playoffs and give ourselves a chance.”

Related Article:  Damian Lillard Refuses To 'Sell Out' And Leave Portland To Chase A Title
-->