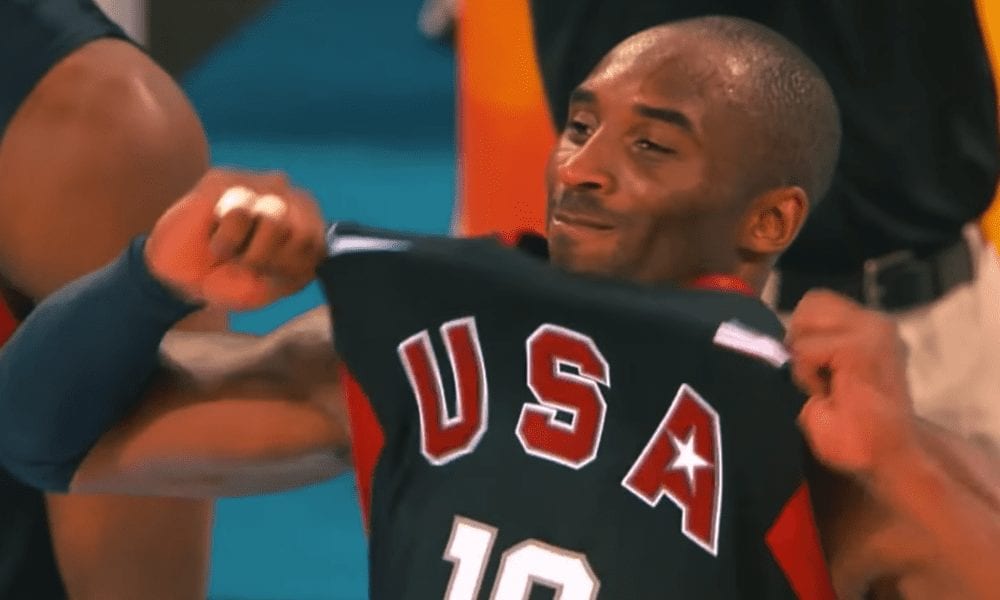 As synonymous as Kobe Bryant is with the purple and gold, some of his greatest challenges – and greatest accomplishments – have come in the red, white and blue.

Correcting three straight major tournament Team USA failures by winning gold with the Redeem Team at the 2008 Olympics was one of the sweetest victories of Kobe’s career.

“It’s right up there at the top because what was at stake,” Bryant told reporters on the weekend in his capacity as 2019 FIBA World Cup ambassador (via SLAM).

“I still tease Pau [Gasol] about it to this day, like I don’t understand why they did not double me in the last two minutes. I hadn’t shot the ball all game long and so the last two minutes, I’m in single coverage. It’s still up there as one of my favourite games to play in.”

It was undoubtedly one of the greatest games in Olympic history, and making it even sweeter for Kobe – who finished 20 points on the night – was scoring 13 points in the last eight minutes and nailing the four-point play which buried Spain.

Bryant also said the key to reclaiming gold in 2008, and the key to Team USA’s success going forward, was refusing to underestimate their international opponents.

“We made the assumption in ’06 [when USA won the bronze at the FIBA championship] and prior to that that some of these players aren’t in the NBA, so they must not be very good,” Bryant said.

“When I came in ’08, it was like, Listen, that’s not it. There are plenty of players that are insanely good that choose not to come play in the NBA, so let’s understand that.

“So that means that when we’re playing against Greece, Spain, France, Lithuania, Serbia and so forth, we have to research these players and watch them and study them. Because if we do not, we will be in trouble.”

The World Cup begins on August 31.