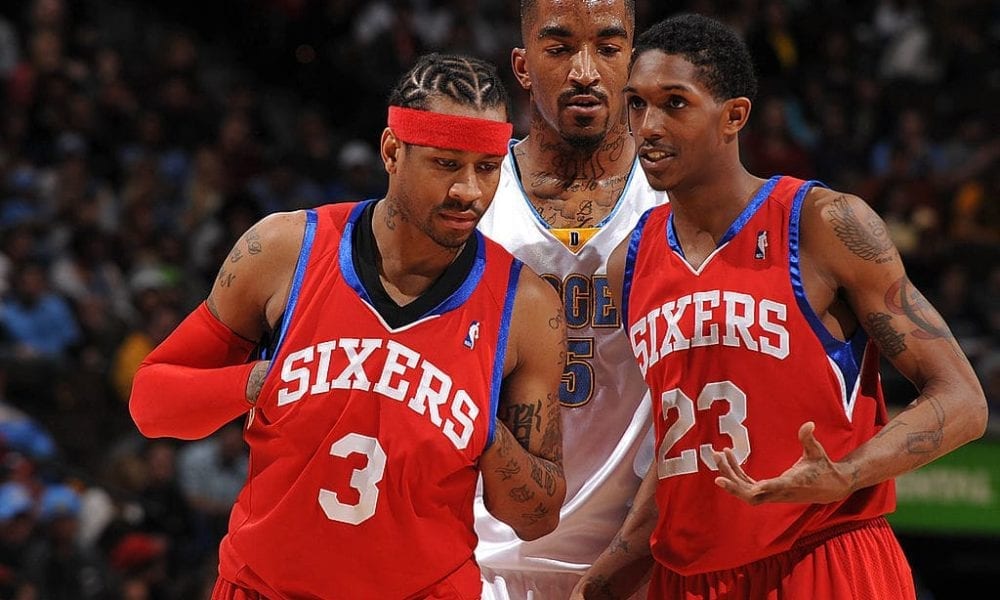 Lou Williams can pinpoint the exact moment he became a bench player for life.

It was when Allen Iverson returned to Philadelphia in December 2009.

Williams had gone down with an injury right around the same time, which ensured Iverson started ahead of him.

“That kind of solidified me as a role player,” Williams told The Undefeated. “But for him, he’s a Hall of Fame guy, an MVP-caliber guy. I wouldn’t expect him to accept a bench role like that.”

What was initially a hit to Williams’ ego eventually proved to be a blessing in disguise.

After taking notice of the success Jamal Crawford was having in a similar role, he was soon able to emulate that and eventually realised he was most effective as a spark off the bench.

Suddenly, coming off the bench wasn’t pine wasn’t anything to be ashamed of, it was to be embraced and celebrated.

And Williams believes he would’ve been in trouble if he didn’t.

“…If you want to be a part of a team and a team player and you really mean it, you accept the role,” Williams said. “You always hear these clichés that ‘I will do whatever to help the team win.’

“I was put in that position. I had to walk it like I talked it. I had to mean it. That was the part that kind of stuck with me. I always wanted to be remembered as a team guy and not a selfish person.”

You know what else Williams will be remembered as?

A two-time Sixth Man of the Year.

And he’s the favourite to win it for a third time when the NBA awards are announced later this year.