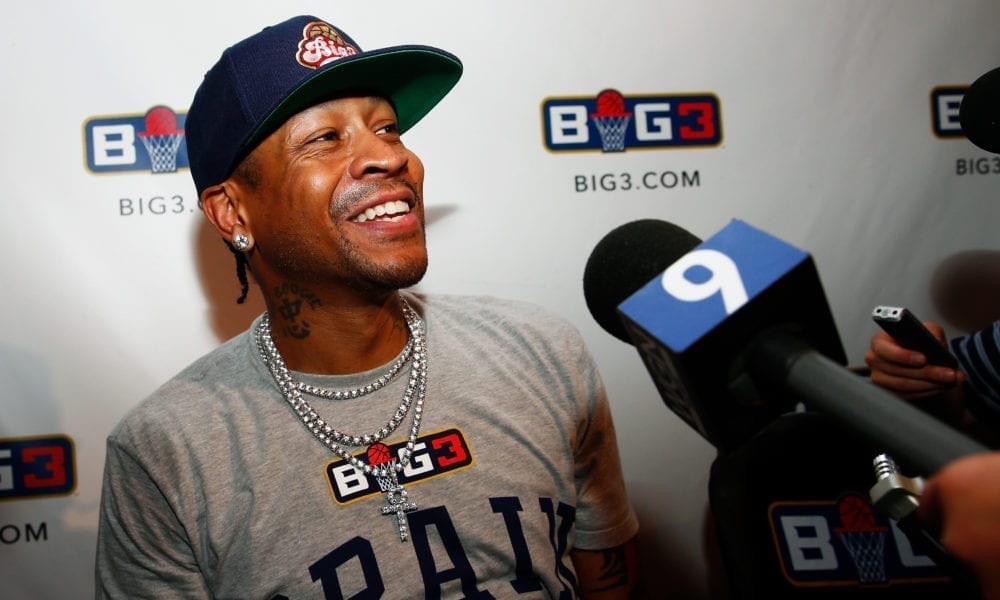 It’s been a long time since Philadelphia has been excited about professional basketball.

But after years of process-induced struggles, the 76ers have their big three and are poised to emerge as a genuine force for the first time in a long time.

No one’s more excited about that than the man who led the last truly relevant Sixers squad, Allen Iverson.

“We got through so much—excuse my French — sh-t to get to this point,” Iverson told The Athletic’s Shams Charania.

“Been through so much sh-t. We’re here. We got a great player in Jimmy. We’ll miss those guys [Robert Covington and Dario Saric], but adding Jimmy was just beautiful for our team.

“I remember taking us to the Finals, the energy this city had, and I love the energy we got now, man. We did a great trade.”

Iverson added that he thought Philly now had the perfect mix of players to form a genuine title contender.

“I love our guys—Jo, Ben—having their own identity,” he said.

“I love them having three superstars on this squad. The greatest thing we’ll see unfold is all of the role players accepting their responsibilities, what they have to do, and let the stars be stars.

“That’s what we did in 2001. This way, you don’t have to lean on one person every night. We got a collective group of guys night in and night out. We got a chance now.”

While AI is right to say excitement levels are through the room in Philly, superstar-laden teams like this one take time to gel, and the 11-7 Sixers still have quite some way to go before they’re officially an Eastern Conference powerhouse.