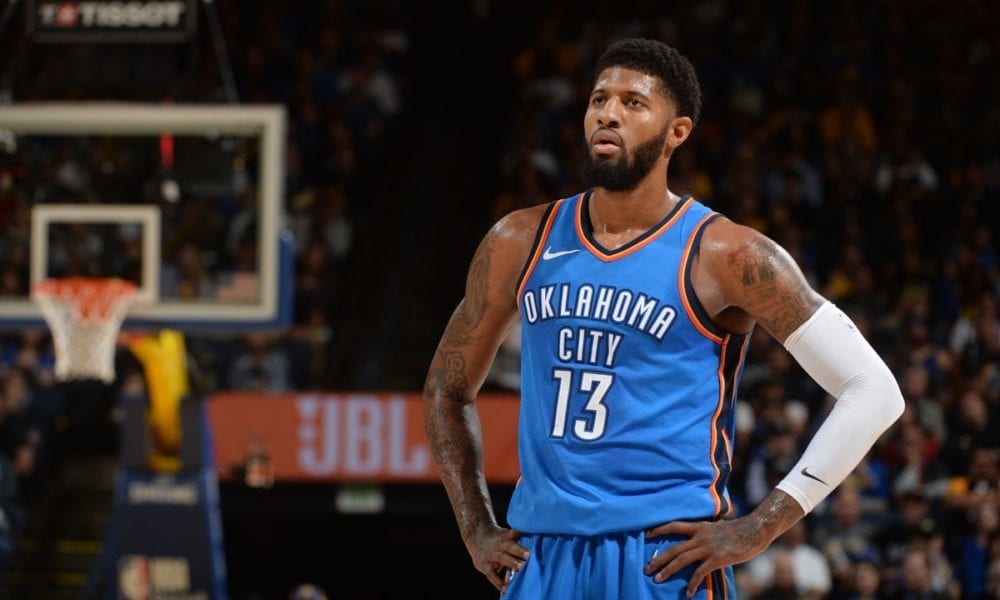 Something isn’t quite right with Paul George.

I say that not as a medical professional – I have about as much medial knowledge as Doug from Scrubs – but as someone who watched Paul George set fire to every NBA arena outside of Oklahoma City before crashing and burning himself in recent games, at least by his standards.

In the midst of his best season as a pro – averaging career highs in points (28.4), rebounds (8.1), assists (4.2) and steals (2.2) – something came unstuck for George late last month, as his red-hot form was replaced with a terrible 11-43 strike rate from the field in losses to Denver and Sacramento.

Usually this could’ve been chalked up to a regulation cold patch, but George was then held out for three games with shoulder soreness.

He scored 25 and 32 in his first two games back, before struggling his way to 15 and 14 points after that.

But even in his higher scoring games, George shot 8-25 and 7-23 respectively and hitting at just 30.5 percent since returning from his three-game absence.

George blamed bad officiating on Saturday, but there’s no way that tells the whole story.

The Thunder have won just four of their past 11 games – they also needed overtime to claim two of those victories – and are sliding back in the standings as a result, currently sitting just half a game ahead of the fifth-placed Blazers.

With losing home-court advantage in the first round now very much in play, the only thing that can fix all this is the return of a truly healthy, MVP-level Paul George.