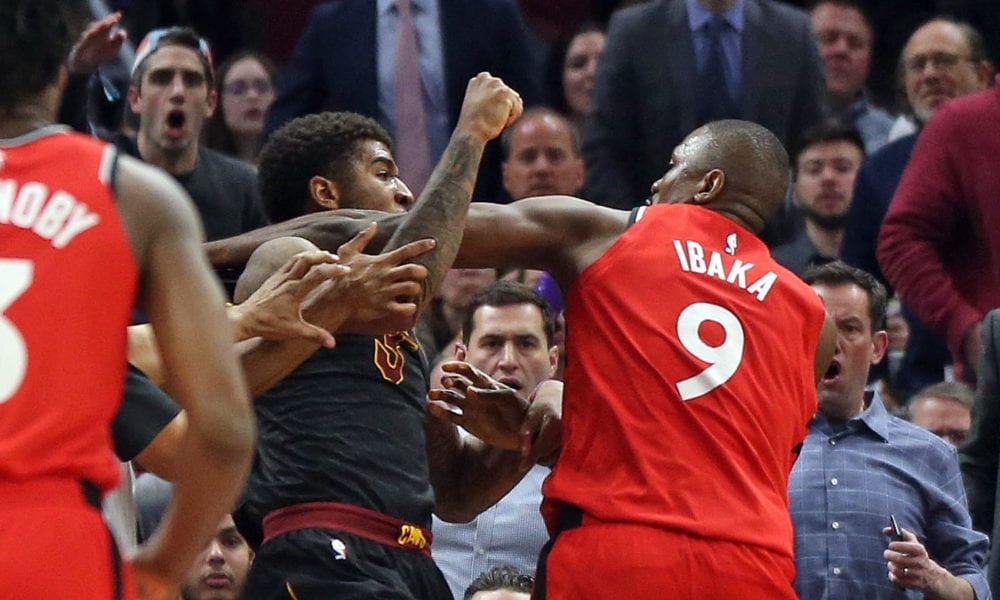 There was a time when that famous Ron Burgundy quote was grossly overused.

But rarely has it been more appropriate than it was on Monday night, when Raptors big man and closet cage fighter Serge Ibaka grabbed Marquese Chriss by the throat, slammed him into the stanchion and tried to take his head off.

It seemed to come out nowhere, indicating Chriss must have said something to set off Ibaka, a man whose previous sparring partners include DeMarcus Cousins, Robin Lopez, John Wall, Vince Carter and LaMarcus Aldridge.

“I don’t condone fighting at all, but I think if somebody comes at you, you have the right to defend yourself,” Cavs head coach Larry Drew told reporters after the game.

“I have to go back and look at the tape to see exactly what happened, but I don’t believe there’s a place in our game for fighting.”

Cavs guard Brandon Knight also said Chriss had every right to protect himself, adding that his teammate was in a “no-win situation”.

“He had to defend himself,” Knight told cleveland.com. “What else was he supposed to do?”

Marc Gasol, meanwhile, had a pretty chill take on the whole thing.

The NBA is expected to hand down its punishments shortly, with Ibaka likely to be penalised more harshly due to his past offences.

The Toronto big man has been in scuffles with a whole lot of players previously and threw punches at two, with James Johnson and Robin Lopez being the unlucky recipients.

Considering Ibaka is so terrifyingly powerful that he can make even 6’10 opponents like Chriss look like the pimply kid from high school getting shoved up against their high school locker, it would be really great if he stopped doing stuff like this.