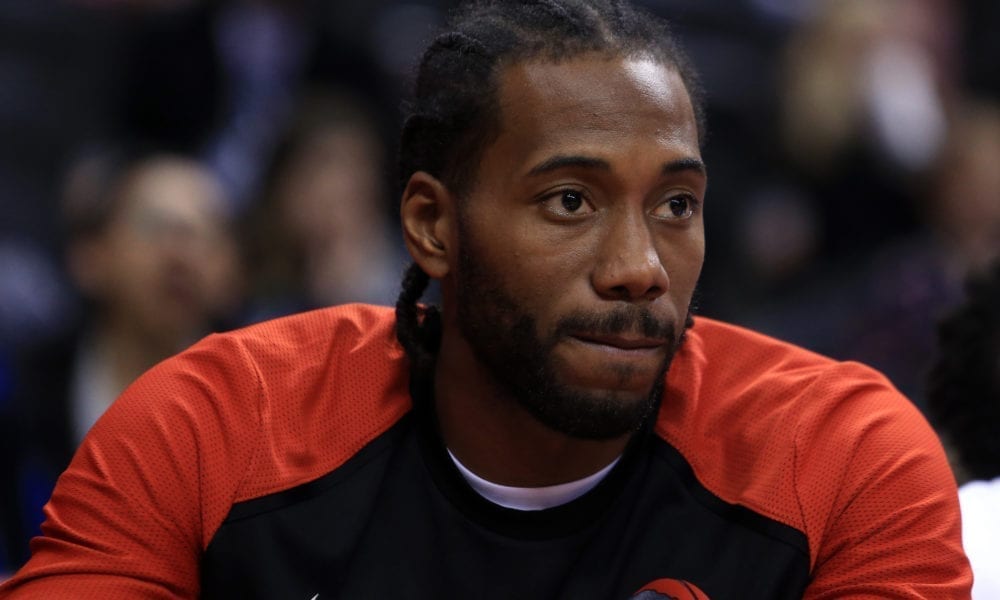 Fresh off of outscoring the Lakers in the first quarter of an actual, real-life NBA basketball game, Serge Ibaka has our attention once again.

Speaking with The Score on Monday, Ibaka opened up on the enigma that is Kawhi Leonard.

Despite Leonard hardly ever opening his mouth in public and terrifying children around America the one time he did, Ibaka said Leonard was in fact a totally normal dude, claiming the two talk of them “talk about funny stuff and laugh”.

The Congolese big man added that he wanted to get Leonard on his cooking show ‘How Hungry Are You’ to show the world his true personality.

“I spoke with him about wanting to get him on my show so people can see his different side,” Ibaka told The Score’s Joseph Casciaro.

“I told him a lot of kids love him. When they see him, they think about the (media day) laugh or the serious face, but actually, he has different personalities.

“What you see on TV, that’s when he’s working. He’s a nice guy, a normal guy like everybody else. We talk about funny stuff and laugh.

“I want him on my show so kids can see a different side of him. He agreed with me and said he would love to do it.

Now that would be must-watch viewing.