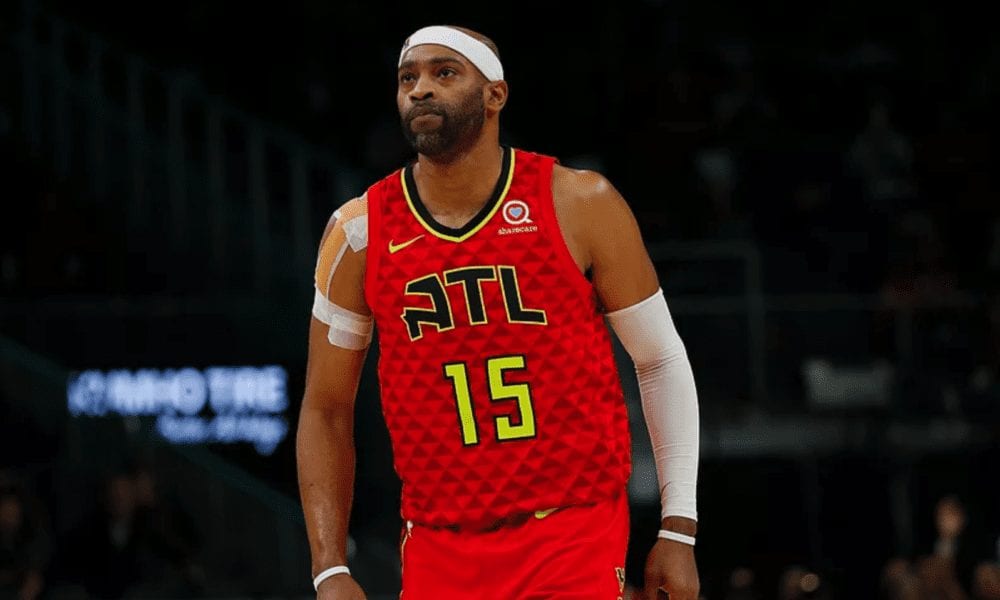 Not every superstar is willing to become a role player in their old age.

Many of the things which helped them become stars – drive, competitiveness, a freakish level confidence – often get in the way.

But other guys are willing to swallow their pride in order to extend their career, and few have done that better than Vince Carter.

While Carter’s ‘half man half amazing’ ratio has shifted a little in the wrong direction since his nickname was first coined, he’s still a handy player at 42 years of age.

Sticking around in the world’s most demanding league at that age is a remarkable feat, and he’s gone to great lengths to remain an effective player.

“I just did my homework,” Vince Carter said, per Dime. “When I became a role player I got into watching YouTube and started looking at how Vinnie Johnson played the game and how he was prepared.

“Little things that they did, Vinnie Johnson, [Manu] Ginobili. I looked at the greatest sixth men in the league’s history and just watched them and how do I now learn to incorporate who I am as a player with that approach.

“So, my mentality never changed. Yes, I’m coming off the bench, but my mentality was still an aggressive player like I was a starter. So I learned how to balance that and make that work.”

In a league full of inflated egos, Carter’s determination to perfect his unglamorous role is certainly admirable.

And after stating he plans to come back next year for a record 22nd season, he still can’t get enough.