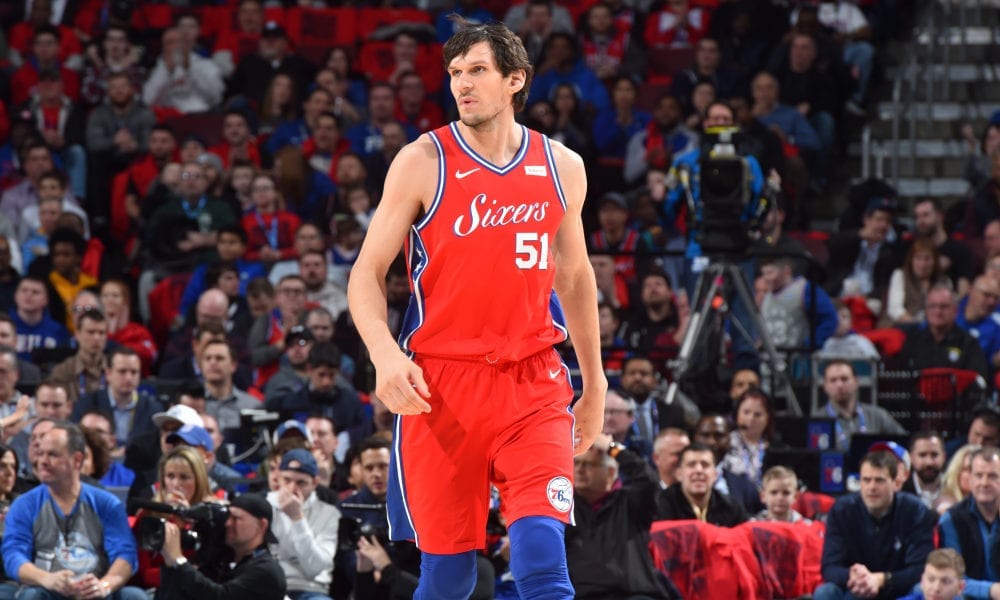 He can feel the eyeballs fixed on him everywhere he goes.

But he isn’t about to pretend he’s just your Average Joe.

Quite the opposite, in fact.

“Basically, I come from other planet,” Marjanovic told B/R Mag’s David Gardner. “Like Superman, from Krypton. I don’t show my power because I want to play basketball. I will…*makes whistling noise*…fly off when I retire.”

Now that is a perfect Boban quote, not just because it sums up his refreshing sense of humour but also his willingness to embrace what makes him different and the attention that comes with it.

“I’m honest,” he says. “I’ve always been a fan favourite. Everyone wants to shake my hand. People give me high-five. I start to meet my friends like that. I think I have shaken more hands in my life than anyone else.”

He knows he arrived in the NBA at least 10 years too late, with the small ball revolution well and truly underway.

“Maybe another time would have been better for me to play,” he said. “Only I don’t live in that time. I live now. Other guys make big decisions, but when I step on the court, I think it is my time. I make every time my time.”

The big fella is averaging 9 points, 6.3 rebounds and 1 block in 17 minutes per game, all of those being career highs.

It’s only a small sample size, but Boban has carved out his most meaningful role yet.

Having figured out how to approach his unique situation off the court, everything on the court is starting to take care of itself.