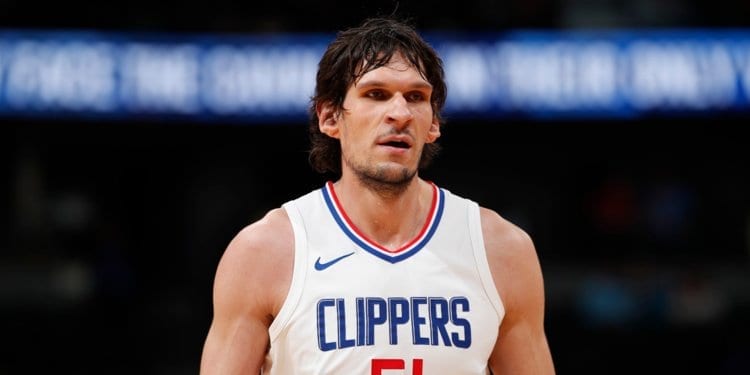 If you were to create the perfect movie villain in a lab somewhere, the finished product would look a little something like Clippers behemoth Boban Marjanovic.

And it appears the folks putting together the latest instalment of the John Wick franchise agree, having cast the 7’3 Marjanovic as an assassin in the film, according to Collider.

I’d be scared enough to stumble across Boban in the paint, let alone a dark alley or shady warehouse.

When Boban is on the dance floor, it's officially #LIT. #MrStealYourGirl
😂🔥

And when you consider Boban’s film appearance was made possible by his move to LA, he might just have come out as the biggest winner from January’s Pistons-Clippers trade.

Blake Griffin would have to be hoping for an 8 Mile sequel if he’s pushing for any red-hot movie deals in Detroit.

Related Article:  How Can the Warriors Change Their Terrible Home-Away Split?
-->