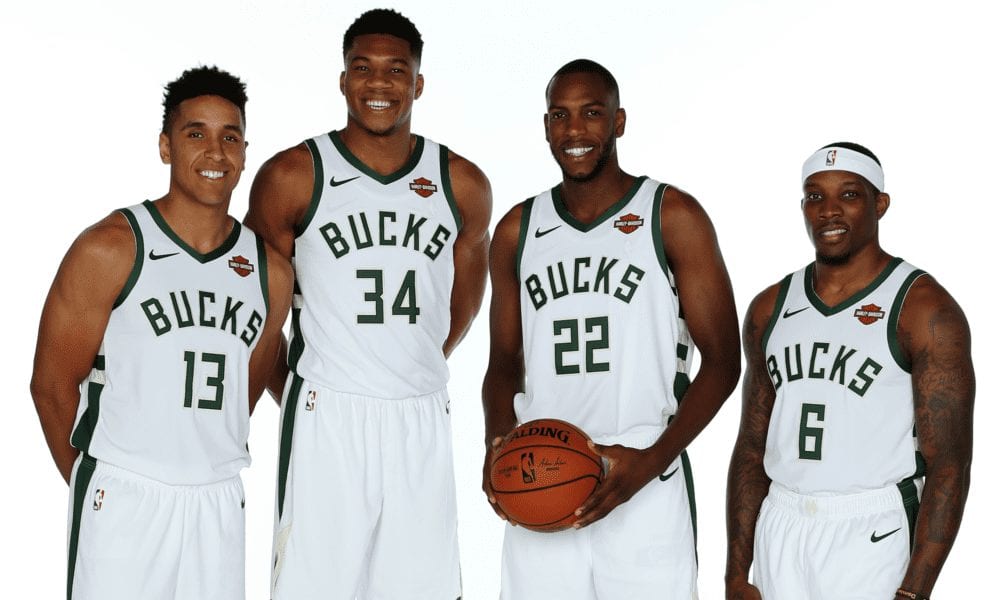 Not only have Giannis Antetokounmpo and Khris Middleton laid a solid foundation for the Bucks in the sense that they are very, very, exceedingly good basketball; they’ve also done the same in terms of chemistry.

They’re among the most mild-mannered and likeable players in the league, and their good nature appears to have spread throughout the entire team.

With those two leading the way, the Bucks quickly established a tight-knit policy, and an unofficial no asshole policy.

“I think Jon Horst and Bud, they’ve done a great job of just having high character guys in here. They speak about it all the time, like we don’t really have assholes on this team.

“If we have an asshole, (then) me, Giannis, Bled, Malcolm, whoever, we’re able to kind of get him under control, let him know how we do things here.”

“…All the BS, if we have a problem with somebody we go up to them and say it. We don’t like to air out our business to the media, or what-not. We like to handle it within our locker room and figure it out ourselves.”

It’s been said over and over again that a lot of NBA teams aren’t tight.

Andrew Bogut said it just yesterday when talking about his return to the Warriors and his fond memories of the team.

Middleton, meanwhile, has said the Bucks are also in the minority in that sense.

“If you’re in this locker room with us, you’ll see guys enjoying each other’s company,” he told The Athletic.

“A lot of guys on the road, teams don’t go out together, eat together, that type of thing. We always do that before every night. A couple guys will all go out to eat and just have a good time enjoying each other’s company, and having fun with it.

“We’re the type of team that likes to relax and have fun out there. And you play better when (that’s the vibe).”