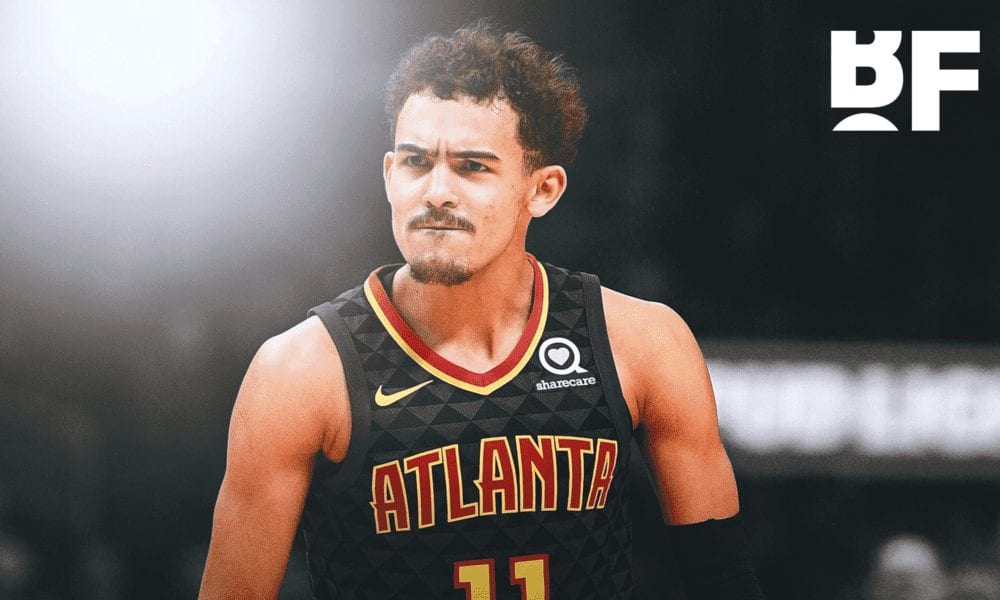 The panic levels surrounding Trae Young’s late season spiral at Oklahoma were so extreme that even some of the staunchest Young believers were reaching for the brown paper bag.

The timing of Young’s rough patch gave birth to the narrative that he couldn’t handle the pressure of having a target on his back.

But just a few months later, he has shown all he needed was a little time to adjust, having upped his game dramatically in the back half of his rookie season.

At the time of publication, Young is leading all scorers post-All-Star break, dropping 192 points in six games (32 ppg).

It was quite the offensive explosion, and the difference between early season Trae and late season Trae has been night and day.

Most impressive has been Young’s improvement beyond the arc.

Early on, he was one of the worst volume shooters in the league.

Many questioned how he planned to cook up anything meaningful in Atlanta if he couldn’t perfect his signature dish.

But now he’s getting close, while also approaching elite territory.

That’s quite the feat when you consider the sheer volume (and difficulty) of his attempts.

Young has also done a lot more than hit Steph Curry-esque shots at an increased rate, he has enabled his teammates to feast on their fare share of buckets too.

Since the beginning of February, Young has assisted on more of his teammates’ baskets (43.2 percent) than anyone in the league not named Russell Westbrook or D’Angelo Russell.

Unsurprisingly, all this production has also sparked a major improvement in the once dismal Hawks.

Not many casual fans are falling over themselves to tune into Hawks games (unless of course, they’re heading to quadruple overtime against the Bulls).

But thanks to Young, they’re much less awful than they were just a few short months ago.

Hindsight is always 20/20, but it probably shouldn’t surprise us when someone with baller handles, excellent passing ability, zero fear and unlimited range starts to succeed in the NBA.