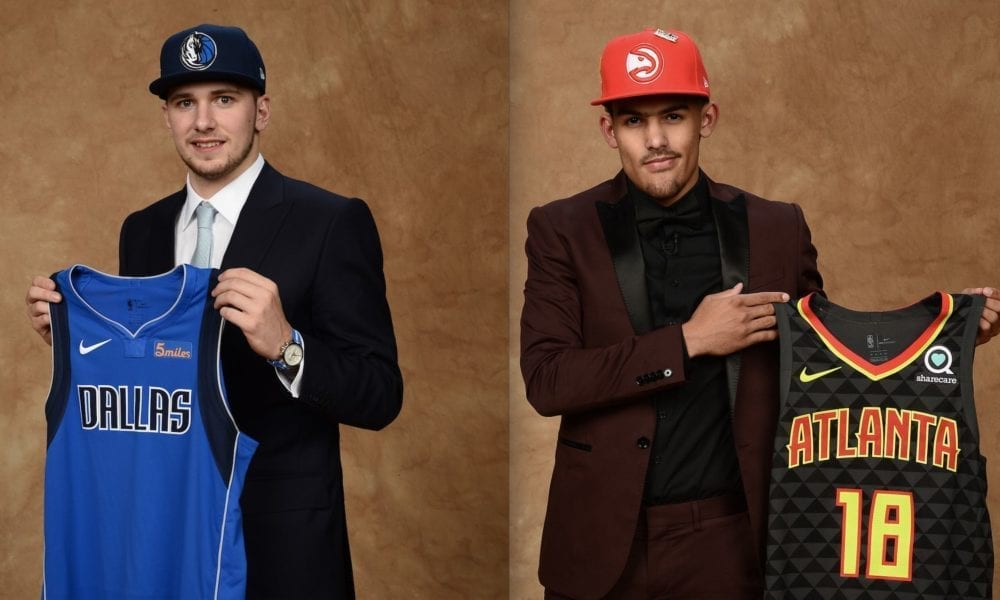 The moment Trae Young was traded for Luka Doncic on draft night, everyone knew their careers would be forever linked and constantly compared.

And while most players would shy away from discussing such comparisons, Trae Young is cut from a different cloth and wants you to know he will hands-down be a better than his rookie rival.

“I hear [Atlanta made a mistake] all the time,” Young told Sports Illustrated’s Andrew Sharp.

“Luka’s a great dude, and I think he’s going to be a really good player.

“But at the same time, I’m going to be a better player.

“Just because of my ability to stretch the floor, get others involved, I think I’ll be better.”

While Young made a name for himself in college through his Steph Curry-esque shooting, Doncic is now far outperforming him in that aspect of the game.

The European sensation is hitting threes at a 39.1 percent clip, while Young is making just 26.7 percent of his treys.

The good news for Young is it’s his passing which has really wowed his coaches, teammates and anyone else bothering to watch Atlanta Hawks games.

“You don’t see a lot of guys wrap around the [defender’s] body and throw passes to someone on the other side of the perimeter.”

And Young says he’s thoroughly enjoying that aspect of the game.

“That’s my favourite thing,” he said.

“I love hearing people talk about my passing.”

Young and Doncic will face off for the second time on December 12.