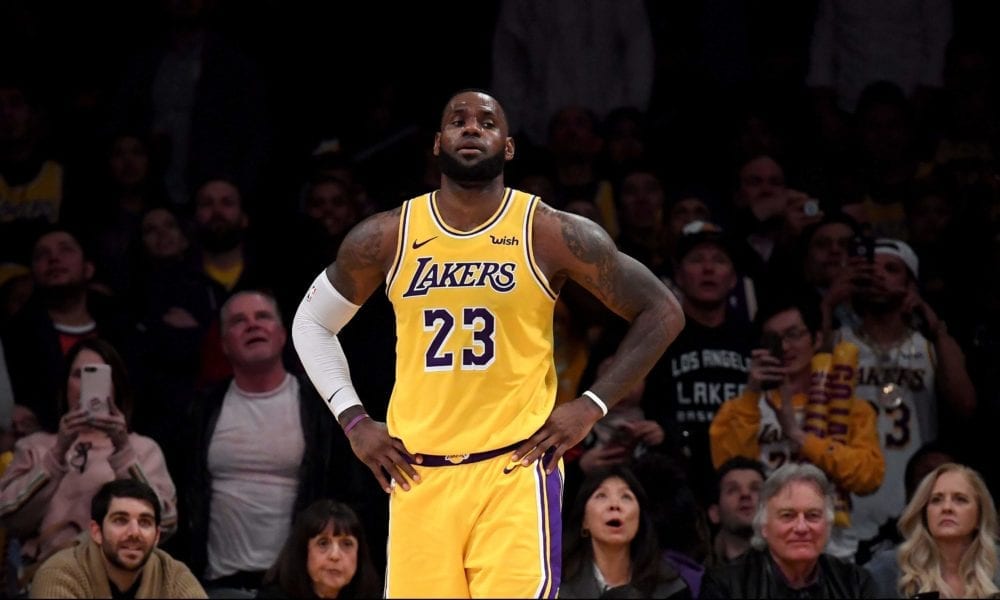 The Lakers have dug themselves the deepest of holes.

Already in trouble weeks ago, LeBron’s squad has made matters worse recently by losing to an assortment of lowly teams including the Hawks, Grizzlies and Suns.

The Lakers are now 10th in the West with an underwhelming 30-33 record, four and a half games back from the eighth-seed.

If the Spurs and Clippers – the two teams sitting just inside the top eight – simply play .500 ball from here on out, the Lakers will need to finish the season in a 15-4 flurry to qualify for the postseason.

Considering they’ve gone 5-12 over their past 17 games, that seems highly unlikely.

It would be the most dramatic turnaround since the Heat began the 2016-17 season 11-30, and finished it 30-11 (what a time to have a waterfront mansion on Waiters Island).

Worse still, the Lakers’ road ahead is the seventh-toughest in the league.

Only five of their remaining 19 games are against teams below .500.

Meanwhile, their chief competitors – the Clippers and Spurs – have the 17th and 21st toughest remaining schedules respectively.

You get the picture. The Lakers’ postseason chances are cooked.

So, if you’re heading back to the lottery, why not maximise the number of tickets you’ll have when you get there?

The Lakers sit 17th league-wide, but they’re only two and a half games ahead of the eighth-worst Mavericks and could easily drop that far without LeBron in uniform.

That would clearly be a difference-maker when it comes to the team’s chances at the draft lottery, and by extension, at landing Anthony Davis.

When New Orleans declined LA’s godfather offer(s) before the trade deadline, it was widely assumed the Laker’s first round pick wouldn’t be anything to write home about.

But if it lands in the top 10 – or even in the top five if the ping pong balls go their way – that could really help grease the wheels when trade talks resume.

Sitting out is not a plan LeBron would usually get on board with.

He’s wired to compete until July, not to put his feet up in March.

But he has to know he isn’t making the playoffs this season, let alone the Finals.

And with longevity clearly something he thinks about a lot, maybe, just maybe, he wouldn’t be opposed to sitting this one out.