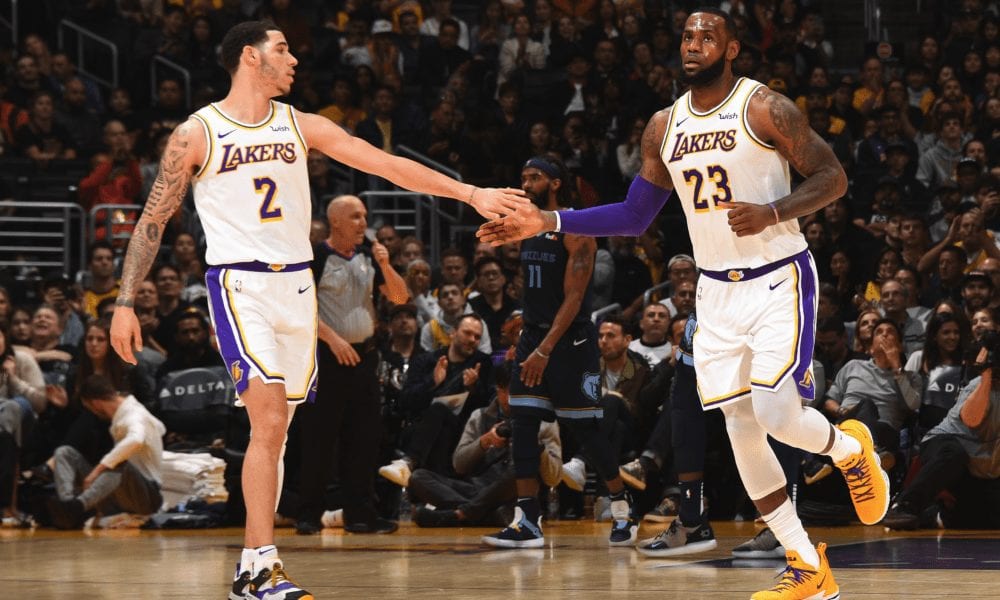 The Lakers’ 128-115 loss to the Pelicans on Saturday was so bad it sparked the kind of passive aggressive LeBron we usually only see on Twitter.

But much of James’ rant felt a little off the mark.

He questioned whether his young teammates knew what was at stake even though they outperformed the veterans in New Orleans.

He also suggested the younger Lakers should focus on basketball the same week a bunch of new information about Space Jam 2 was released.

But one point LeBron did get right as he sat dejected in the Smoothie King Center’s visiting locker room was the Lakers’ need for Lonzo Ball’s return.

“I’m so huge on chemistry and camaraderie … the injuries have taken a toll on our team.”

Nothing has taken a greater toll than Ball’s absence.

The Lakers’ defence was the seventh-best in the league before Lonzo Ball went down with a grade three ankle sprain on January 19, and it’s been the fourth-worst since.

Lonzo is a bulldog on defence. Rajon Rondo, not so much.

And without Ball spearheading things at the top of the key, the rest of their defence has eroded in his absence.

“Hopefully we can get Zo back soon, and hopefully we can start to play a little bit better too,” James said. “Having a point guard out, our turnovers have went up.”

There’s just one small problem: Lonzo is expected to sit out beyond his original 4-6 week timeframe, with an apparent bone bruise in addition to his ankle sprain.

March 2 will mark exactly six weeks since he went down, with just 19 games remaining at that point.

The longer Ball sits out, the clearer it will become that the Lakers won’t be able to rely on his return to save them.

They’ll have to find a way to claw their way back with what they have.

Related Article:  Kyrie Irving Reveals Why He Made That Infamous Apology Call To LeBron James
-->