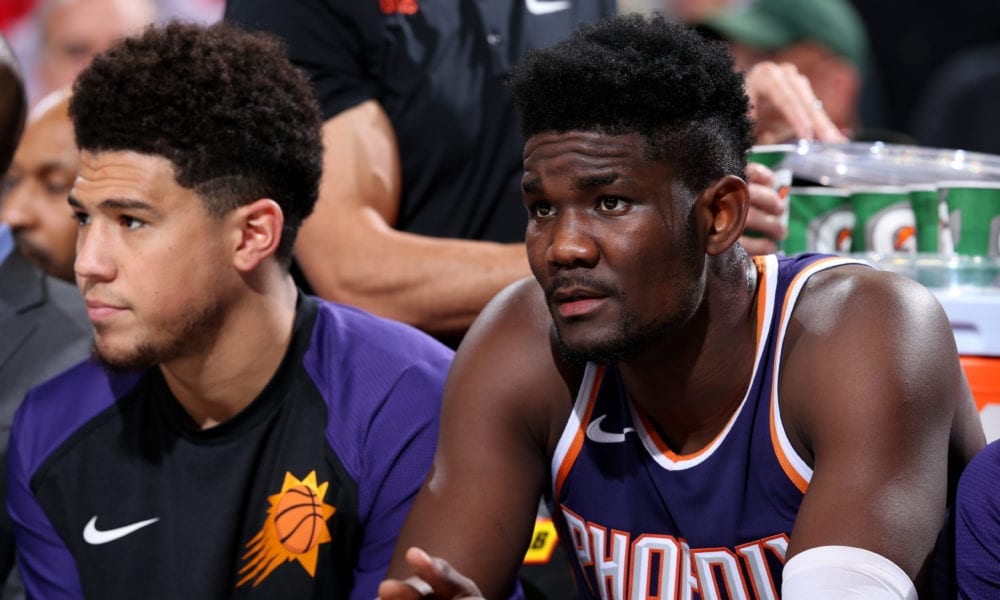 The NBA is starting to look at the Phoenix Suns the same way your mum would’ve looked at you if you started smoking and joined a bikie gang at age 12.

The Suns are going off the rails, according to Adrian Wojnarowski, who has reported Phoenix is “in a spiral in almost every way”.

“It’s a concern for the NBA,” Wojnarowski said. “Owner Robert Sarver has seemed to not learn a lot of lessons through the years about his management style, his hands-on nature, and his ability to put an infrastructure in place and allow it to build an organization.”

Of course, Phoenix’s shambolic state wasn’t a complete secret before this Woj Bomb.

But there are plenty of concerning new details in the report, one being that their current GM appears to be on his way to becoming a laughing stock.

“Right now, James Jones is his interim general manager just a couple years retired from the NBA,” Wojnarowski said. “Jones has had a rather unorthodox view towards the NBA draft. There’s not a lot of scouting going on in Phoenix. He’s not on the road a lot.”

Throw in the fact that Jones handed his old buddy LeBron exactly what he wanted (Tyson Chandler) for nothing and his way of doing business is certainly looking rather…unconventional.

Sarver is now looking at installing an experienced President of Basketball Operations to babysit oversee Jones, according to Woj, instead of just hiring someone vaguely competent in the first place.

“There’s no question from the league office, teams around the league, there’s a lot of raised eyebrows at Phoenix about how they’re operating right now,” Wojnarowski said.

“This is another crossroads for Robert Sarver to figure out how to get this from really a state of disrepair back on the path to relevancy, perhaps even before they consider the idea of becoming contenders again.”

Sarver might not generate the same level of chatter as fellow terrible owner James Dolan, but make no mistake, a lot of people in Phoenix view him in a similar way.

This the guy who has reportedly meddles in the team’s basketball operations despite his primary expertise being in real estate, refuses to spend meaningful money on players and even threatened to move the team or Vegas or Seattle.

It’s hard to see how things will ever truly change as long as he owns the team.