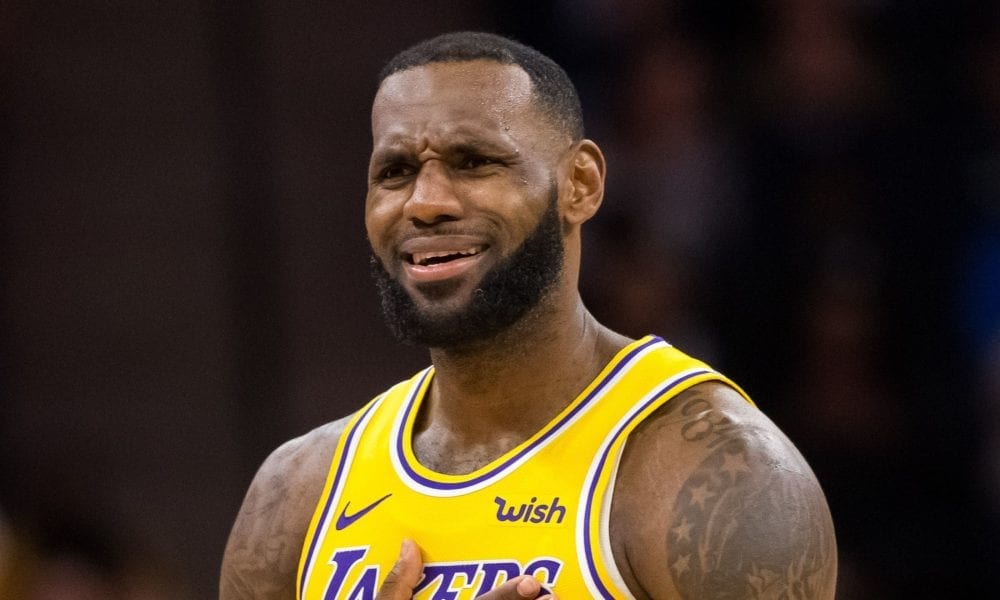 For Lakers fans, these are grim times.

LA keeps losing to terrible teams, has more losses than wins, and sits three games back from the eight seed.

To make matters worse, LeBron James hasn’t been able to do what he did with last year’s Cavs and drag the Lakers to where they need to be at the business end of the regular season.

One theory behind this is that James isn’t fully healthy.

That’s the opinion of Paul Pierce, who had this to say on Tuesday’s edition of The Jump:

“If I were the Lakers, I would shut LeBron down,” Pierce said. “No, seriously. He’s getting older, he has to do too much for them to win. Just look at … he puts out a triple-double, and they can’t win. Just imagine if he really goes out and really exerts himself and has to go for 40…”

But it certainly appears as though he’s giving up on this team at times.

Just focus on Lebron and watch the effort level pic.twitter.com/6L5KGXETJL

If the Lakers are going to have any chance of making the playoffs, something has to change.

And as much as LeBron likes to publicly complain about his teammates, it all starts with him.