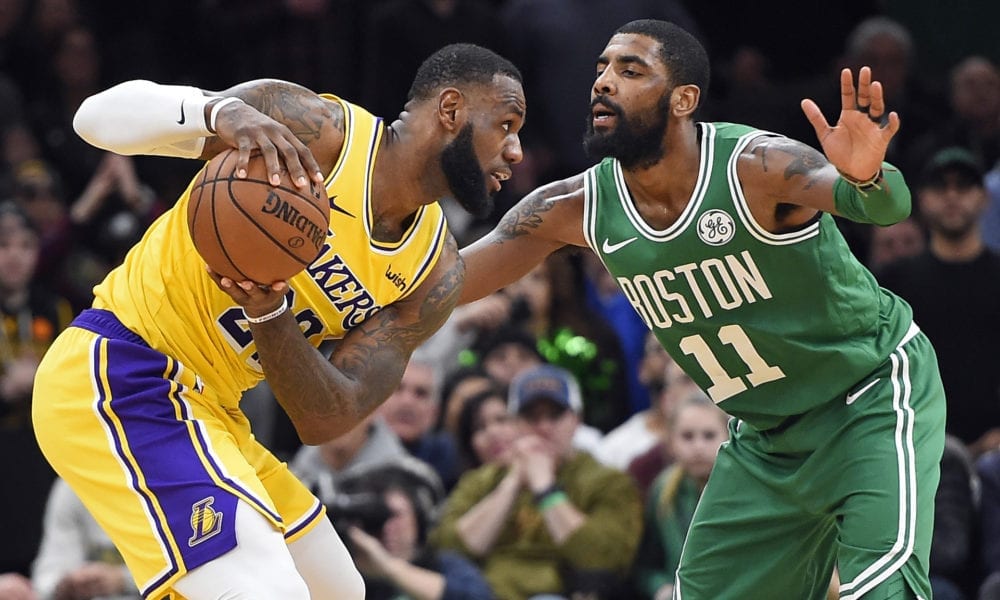 Kyrie Irving – never a stranger to drama – has revealed his apologetic call to LeBron James earlier this season was to help him move forward with his life.

It’s no secret that Irving has been disappointed with his Celtics team, who were expected to dominate the East this year.

This frustration has led to a Kyrie year that feels more defined by his moody quotes than his on-court exploits.

And he dropped a few more of them when he sat down with ESPN’s Rachel Nichols on Wednesday.

Kyrie Irving sits down to talk about the Celtics' "trying" season: "we have a bunch of young men in our locker room who feel they're capable of doing a lot more than they're doing." We also talked free agency, the LeBron phone call, & how anger can fester if you don't address it pic.twitter.com/VGNqkifWnk

“It takes a very, very strong individual to replay a lot of the experiences that you’ve had,” Irving said.

“A lot of anger that you’ve had built up, where you didn’t address the situation and you allowed it to fester.

“Now, mind you, I have no regrets in terms of any decision I made, going about my individual journey and what I want and foresee for my career.”

For Kyrie, apologising to LeBron was an important step in moving on.

Related Article:  LeBron James Was Hanging Out With Kevin Love When Kyrie Irving Called To Apologise

Now Irving isn’t the most coherent person at the best of times, but it sounds like what he’s saying is that while he doesn’t regret his decision, he regrets the way he went about things.

Since Kyrie stepped into LeBron’s shoes as the leader of a young team, he finally appreciates how difficult it is to lead a young squad.

Irving also admitted it had been a “trying year” in Boston.

Celtics fans are just hoping it won’t be his last year in Boston.