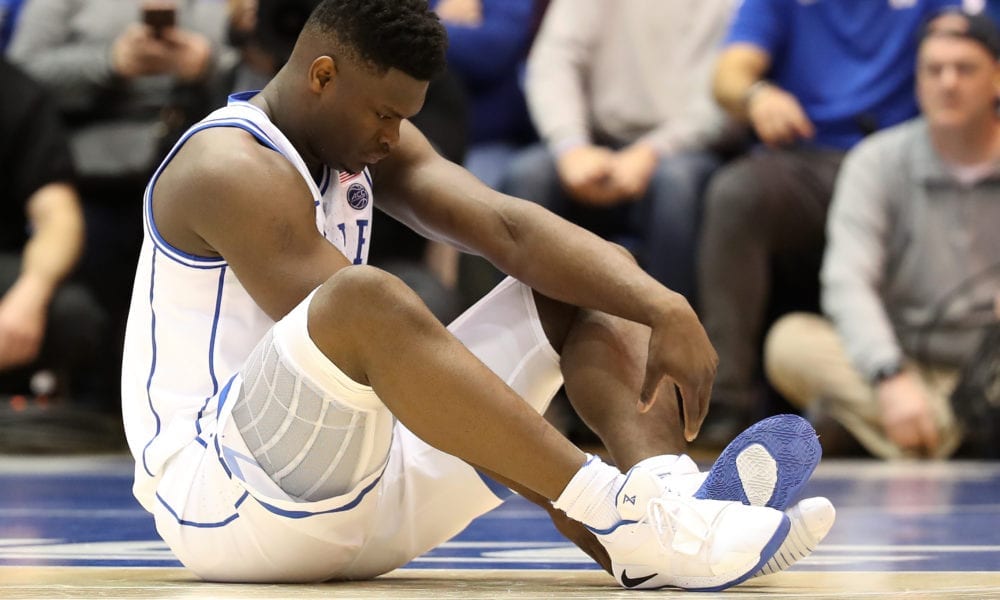 Samsung knew they were in trouble when their phones began exploding and Nike was presumably gripped with similar levels of panic when Zion Williamson caused one of their shoes to self-destruct.

Nike says it’s investigating why Williamson’s foot burst through his shoe like it was made of paper mache, an incident which caused their stock to drop by $1.1 billion overnight.

The company has insisted it was an isolated incident, but it was a costly one nonetheless.

Nike shares dropped 1.7 percent on Thursday and closed down 1.1 percent at $83.95, erasing roughly $1.1 billion from the company’s stock value.

It was a PR nightmare for the sporting apparel giant, with the blowout occurring in front a crowd littered with celebrities – including Barack Obama and Spike Lee – as well as millions of TV viewers.

The good news was that unlike the hole in his shoe, Williamson’s injury was fairly minor.

But at the time, Nike’s name was being mentioned in the same breath as the potential decline of the most electric prospect in the country.

It certainly wasn’t a good look for a company which has been Duke’s exclusive supplier of uniforms, shoes and apparel for more than 25 years.