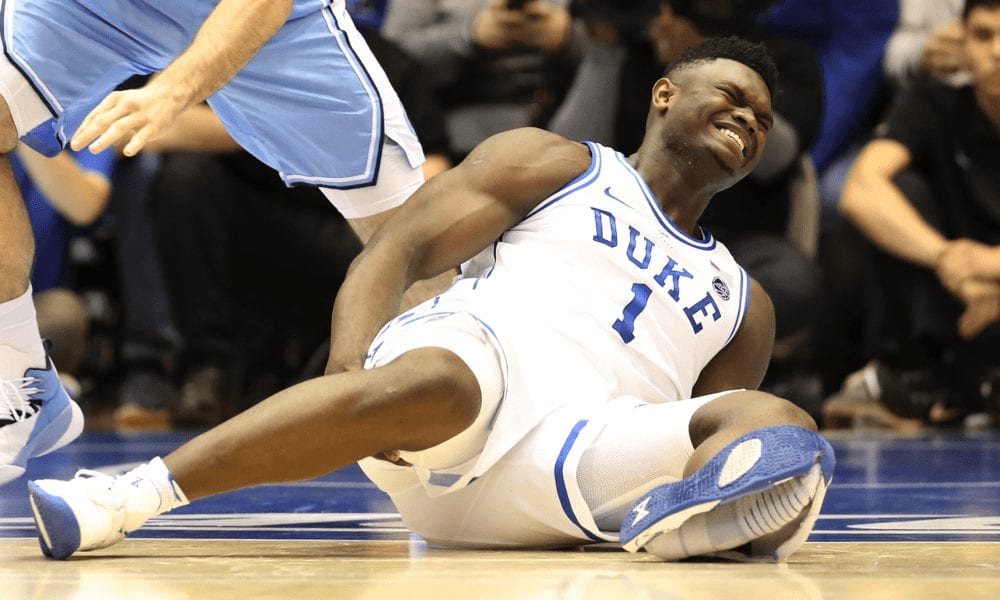 That’s how long it took for Zion Williamson to go down with an injury against North Carolina on Wednesday.

And just like that, one of the most hyped up college matchups of the season unraveled in an instant.

Zion Williamson bursts through his shoe and goes down with an injury ON THE FIRST PLAY! pic.twitter.com/uCZrPZU8Xq

Mike Krzyzewski has since announced Williamson’s injury is a mild knee sprain and that his knee is stable.

But in the moment, many stunned onlookers feared the worst.

Here’s how NBA players around the country reacted to the startling news.

Hope young fella is ok! Literally blew thru his 👟. 🙏🏾

Again let’s remember all the money that went into this game…. and these players get none of it…. and now Zion gets hurt… something has to change @NCAA

Let these kids go straight out of HS!!! Too much on the line to be messing with college if you got a legit chance to turn pro. One injury can change somebody career, Zion sit yo ass down lol and we will be ready for you in the big boy league #LookingOutForThePlayers

Instead of making a self serving shoe joke I hope @ZionW32 is ok.