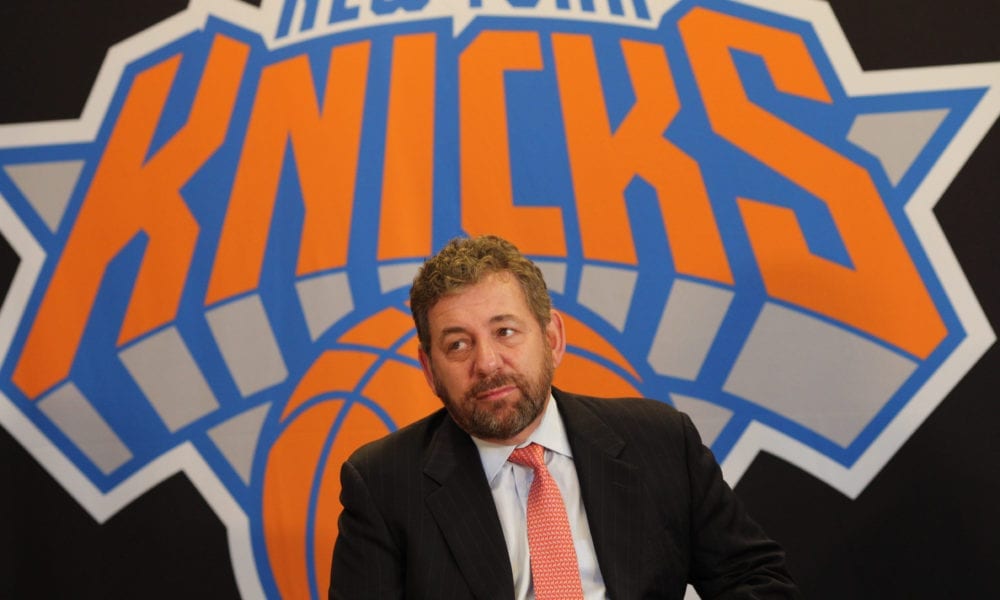 A few months ago James Dolan – the owner everybody loves to hate – announced that he was open to selling the Knicks.

This was backed up the latest episode of The Bill Simmons Podcast, with host Bill Simmons announcing that Dolan was taking offers for the team.

“It’s happening. It’s on. It’s go-time. He’s courting offers for the Knicks,” Simmons said. “That’s what I heard on All-Star weekend from people I trust.”

Simmons sounded pretty certain on his show, but there’s more bad news for Knicks fans (who honestly should be used to it by now).

The truth is that James Dolan hasn’t been courting any offers to sell the team, at least according to a statement from The Madison Square Garden Company.

“There has been nothing. No discussions. No plans to have discussions – nothing,” the company said in a statement. “The story is 100% false.”

That pretty much puts the whole thing to bed.

It’s just another disappointment for Knicks fans, a feeling that, like the iconic blue-and-orange jersey, has become associated with the struggling franchise.

Dolan has been in charge of the team since 1999, and this isn’t the first time a rumour has suggested that he’s trying to sell it.

The last time was back in December, when he told ESPN that he’d be willing to sell the team for the right price.

At that time he said that his family didn’t want him to sell the team, despite having been offered $5 billion on numerous occasions.

The silver lining to this story is that some day, some time, the law of averages says that one of these rumours about Dolan selling the Knicks is going to be true.

Unfortunately for Knicks fans, this just isn’t the one.