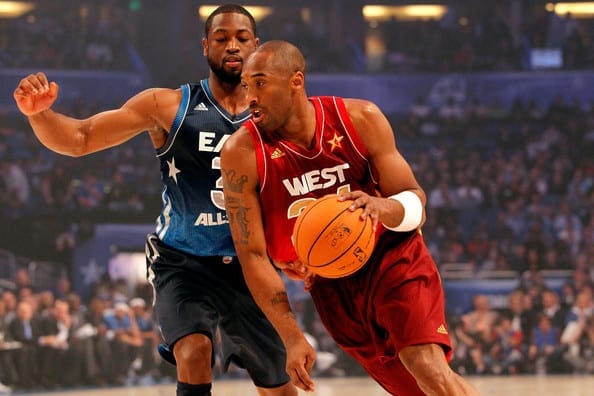 Dwyane Wade and Kobe Bryant locked horns during plenty of heated moments over the years, and Wade opened up on one of their most infamous run-ins on TNT’s Players Only during the weekend.

It was part way through the 2012 All-Star Game, when Wade broke Kobe’s nose with a hard foul, the first and only flagrant in the history of the showcase event.

“Me and Kobe, we got into a little tussle in the All-Star Game and I ended up hitting him the wrong way and broke his nose,” Wade said in a sit-down with Kevin Garnett.

Naturally, Kobe followed through on his ominous comment, dropping 33 on Wade’s Heat in a 10-point win while wearing a mask to protect his broken nose.

As well as dishing on his Kobe altercation, Wade also spoke about his friendship with Bryant’s former teammate Shaquille O’Neal and said he hated the nickname “Flash” when Shaq first gave it to him.

“Everybody wanted a glimpse of Shaq and then Shaq gave me the nickname Flash and then people wanted a little glimpse of Flash,” Wade said.

“I became a whole other beast. When he gave it to me, I ain’t like it at first but then he told the media and then it started catching on. And I started to see what he say because I was like ‘Man, I am fast…'”

Wade will suit up in his final All-Star Game on Sunday night.