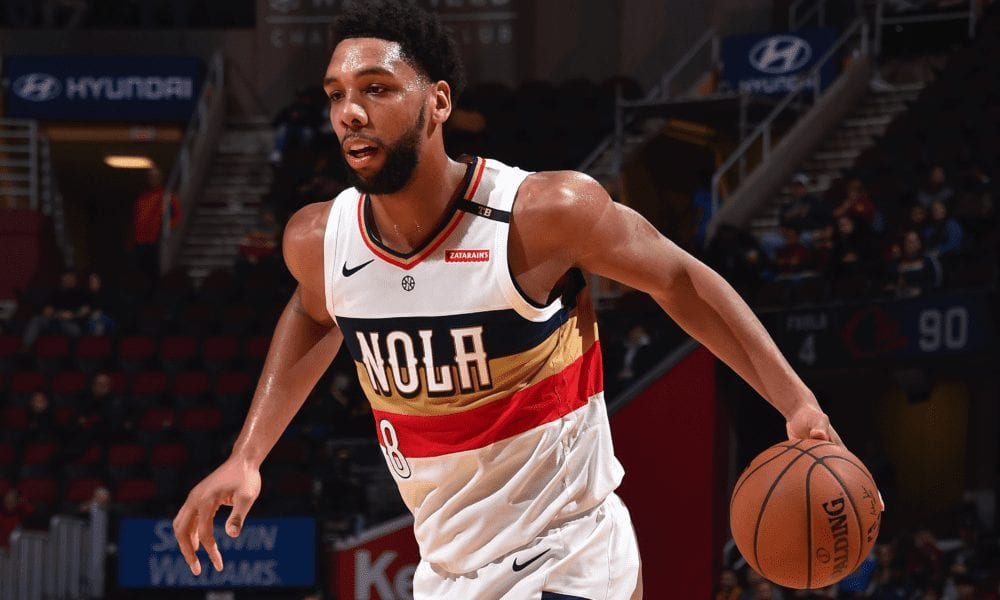 As the world crashes down around the New Orleans Pelicans following Anthony Davis’s trade request, the embattled franchise has discovered a silver lining in its darkest hour.

After spending more than a year in the wilderness, Jahlil Okafor is starting to look like the monster many predicted he’d become when the Philadelphia 76ers drafted him with the third overall pick in 2015.

Back in Philly, the 76ers couldn’t find a use for him. Neither could the Nets.

For a while there, it looked like it would be the same story in New Orleans too.

After all, the man they call Jah is a pretty sizeable unit and Pelicans coach Alvin Gentry likes to push the pace more than a heavily caffeinated Wile Coyote.

But after transforming his body and overcoming persistent anxiety issues over the summer, he was a new man coming into this season.

My summer of transformation: First off I want to thank @idanwan & @dzandertraining for getting after it with me the moment my season ended. Grateful to have two of the best in their respective fields work with me all summer. Although the physical changes in this photo are evident, their has been extreme growth unbenounced to the eye. I’ve learned how to identify and manage different stressors such as anxiety. Learning how to identify certain stressors has also allowed me to over come them. Often times because of my size and profession people may view me in a certain way, but in reality I deal with the same struggles as countless others. Mental health awareness is a cause I will fight for the rest of my life and if you’re struggling today don’t be afraid to speak with someone and seek help. I would like to thank @kevinlove and the @playerstribune for helping me identify my feelings and informing me what I was dealing with was in fact normal. 6 weeks left in the off season; with a lot more work to do!

And he got the chance to prove it during a mid-December game in Milwaukee.

Julius Randle had rolled his ankle, Nikola Mirotic was already sidelined and Cheick Diallo was struggling to find his mojo.

Gentry figured he could do worse than roll the dice on Okafor, and his decision immediately paid off with the former Duke standout putting up 17 points, three rebounds and two blocks in just 13 minutes against the Bucks.

The towering centre finally had his foot in the door, and he kept it there, earning between 10 and 20 minutes most nights thereafter.

Then on January 21 in Memphis, with Davis out, Gentry threw caution to the wind and gave Okafor 35 minutes.

He responded by dropping 20 points, 10 rebounds and two blocks on 9-11 shooting in a 20-point win over the Grizzlies.

From there, the rejuvenated big man never looked back.

Over his past eight games – beginning with that “allow me to re-introduce myself” game in Memphis – Okafor is averaging 18 and 10 on 66.7 percent shooting.

That’s some pretty decent production for a guy earning just $1.5 million this year and $1.7 million next year.

Despite his size, Okafor has displayed excellent footwork, an extensive array of post moves, outstanding energy and effort, all while fitting into the modern NBA far better than anyone thought possible.

The big knock on Jah has always been his defensive ineptitude, but he’s undergone a transformation at that end of the floor too, rapidly growing into the Pelicans’ best rim protector.

He’s been a spectacular surprise, and the numbers love him almost as much as coach Gentry does.

Among all players to accrue more than 300 minutes this season, only eight are averaging at least 19 points, 11 rebounds and 1.5 blocks per 36 minutes (as pointed out by The Bird Writes’ Oleh Kosel).

Timing, opportunity and luck all play a part.

All Okafor needed was a second chance.

Now that he’s got one, he’s putting the rest of the NBA on notice.