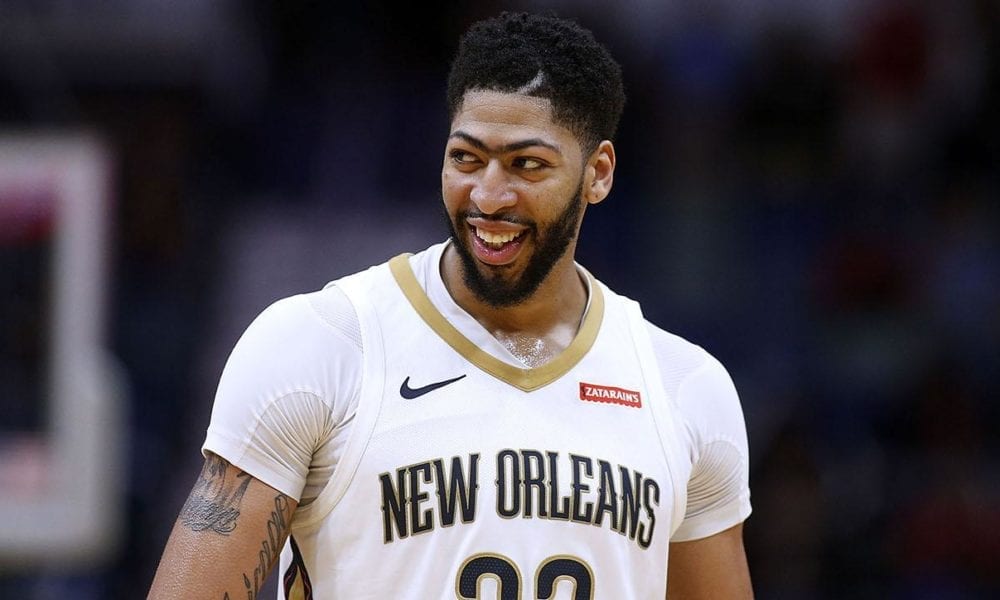 The Toronto Raptors are the latest franchise reported to be entering the Anthony Davis sweepstakes.

The Raptors join the Bucks on the list of teams outside New York and LA confirmed to be preparing an offer for AD ahead of February 7 trade deadline, according to The Ringer’s Kevin O’Connor.

But the Raps could face an uphill battle, with all signs pointing towards Davis preferring to land in LA, with Toronto already trying to convince their current star that life isn’t always best in Southern California.

For AD, it comes down to a choice between LeBron James, Hollywood and sunny skies, or Kawhi Leonard, Niagara Falls and snow.

While the Raptors are keen to nab Davis, there’s no word on who they’d be willing to trade.

But it’s pretty safe to assume that outside of Kawhi Leonard, anyone and everyone would be on the table, Drake included.

Considering Toronto is competing with LeGM here – who also has the same agent as AD – it could be a long shot.

He’s previously shown a particular skill set for acquiring players no one expected he would.

He swung for the fences with Kawhi, and he isn’t afraid to do it again.

Meanwhile, the Bucks have offered the Pelicans any player not named Giannis, according to longtime hoops scribe Gery Woelfel.