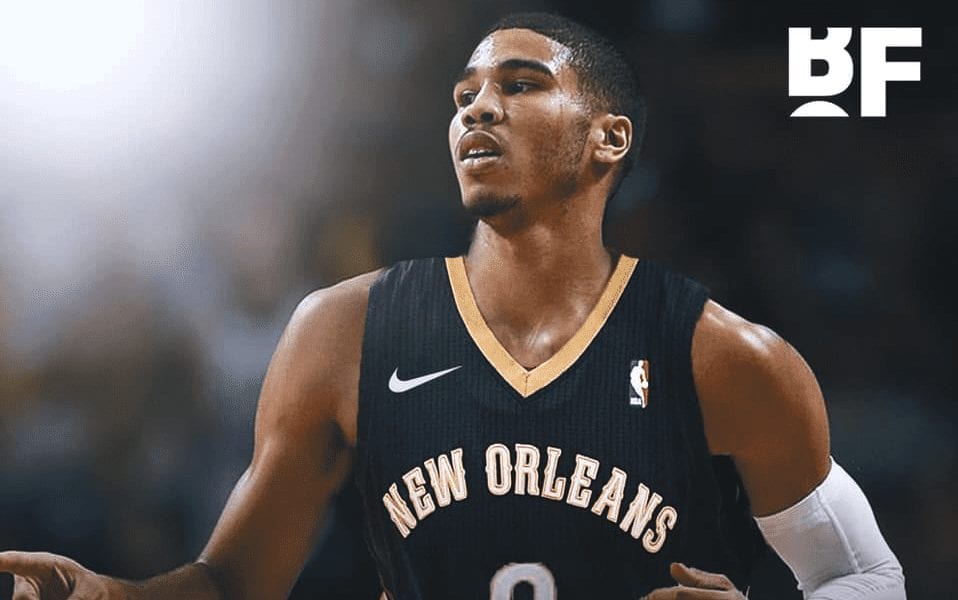 They’re about as infatuated with AD as any given 16-year-old girl was with Robert Pattinson circa 2008.

But now, for the first time, we have an indication that they would indeed be willing to part with prized youngster Jayson Tatum to make the deal happen.

Via The Athletic’s Sam Amick:

“A source with knowledge of the talks said the potential centerpiece in a Pelicans package, 20-year-old Celtics small forward Jayson Tatum, has been discussed extensively by the two teams and is expected to be a major part of the talks when June rolls around.”

And as they continue to pursue a Davis trade that they can’t make until July, the Celtics are reportedly unfazed by AD leaving Boston off his list of preferred teams.

“This latest Lakers-Celtics subplot would be dead by now if [Danny] Ainge had been scared off, but sources say Boston — which can’t trade for Davis until this summer because of the well-chronicled “Rose Rule” — is continuing its complicated pursuit of the five-time All-Star in spite of the message being sent through various channels that he doesn’t want to play there.

The Celtics are also reportedly undeterred by the indications that Irving might bolt in the offseason, most notably his ‘Ask me July 1st’ and ‘I don’t owe anyone shit’ comments.

Without Irving, they would stand little chance of convincing AD to stay long-term, especially considering they’ve already fighting an uphill battle with Davis’s preference being the Lakers from the beginning.