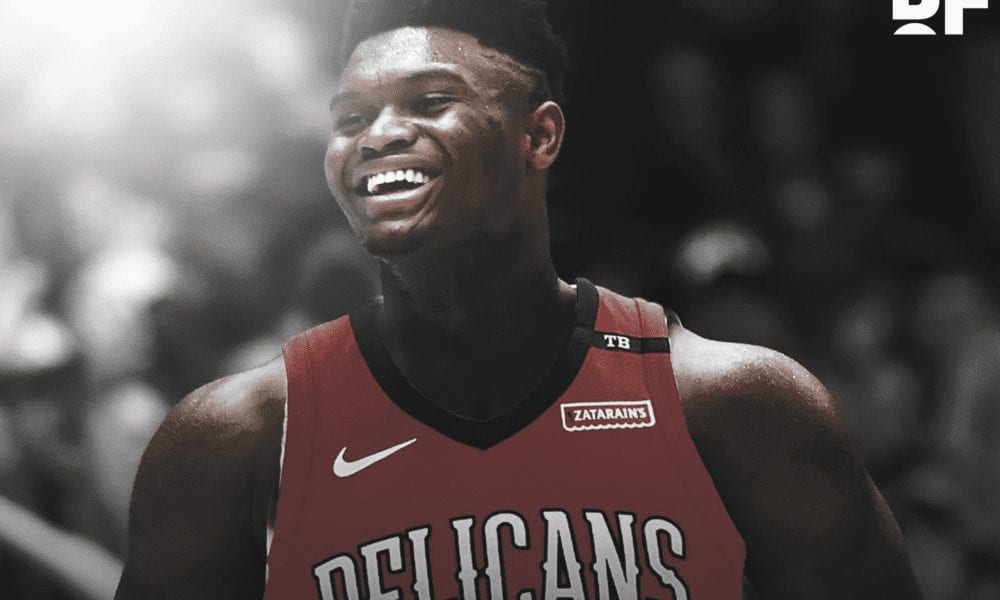 The Pelicans shouldn’t trade Anthony Davis until the offseason, that much is clear.

By waiting until July 1, the Celtics will finally be able to join negotiations and escalate the bidding war for AD by putting their vast collection of assets on the table.

But there’s also another, more compelling reason New Orleans should continue hanging up on Magic Johnson and Rob Pelinka like they’re a couple of overzealous telemarketers.

What if there’s a chance the team that lands the number one pick – read: Zion Williamson – is willing to offer it for Davis?

If teams like Phoenix, Cleveland, Chicago or Atlanta land the top pick, they’d be unwise to make that swap.

Williamson is younger, cheaper and gives them more time to build a contender around him.

But New York? That could be a different story entirely.

The Knicks already have “a strong chance” of landing Kevin Durant, according to Bleacher Report’s Ric Bucher.

Let’s say New York lands the number one pick, bearing in my mind they’re in the best possible position to do so with the worst record in the league.

New York could also offer promising rookie Kevin Knox and future picks if that’s what it takes to get the deal done.

As it stands, the Knicks have a 14 percent chance of landing the top pick.

But if they do, it’s hard to see who says no to this.

KD would find redemption by re-igniting Madison Square Garden and making the Knicks a contender for the first time in recent memory.

Anthony Davis would land with a co-star who isn’t going to be 35 at the end of the year (sorry LeBron) while still getting the big market exposure he reportedly craves.

The Pelicans, meanwhile, would get to wipe the slate clean with a fresh generational talent.

Amid all the mystery that lies ahead, we know this much for sure: everything laid out above will be the single juiciest subplot on draft lottery night.

If the Knicks win, things could get very interesting very quickly.