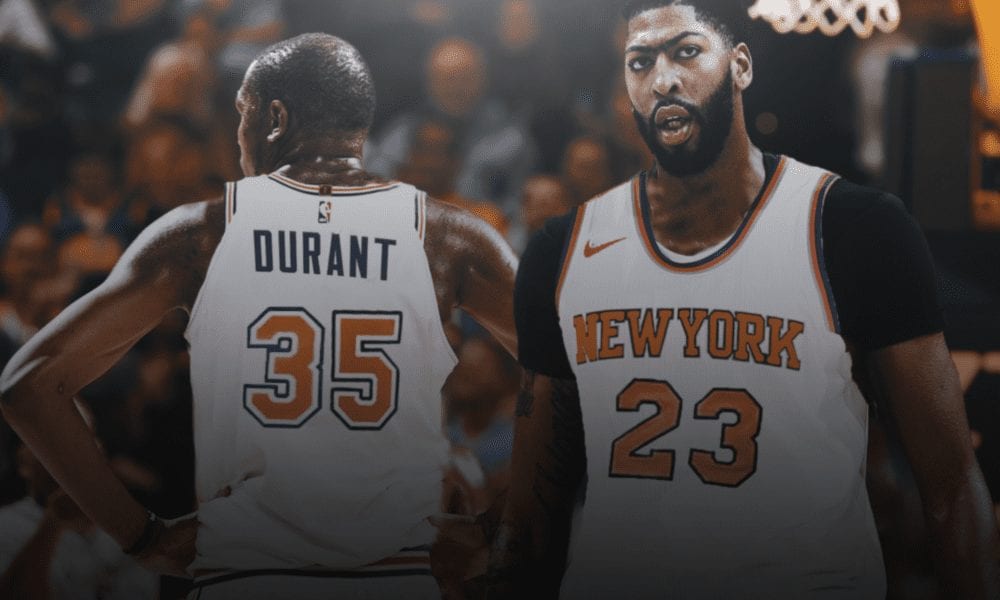 While the Lakers are clearly Anthony Davis’ preference, reports are beginning to emerge that suggest he is at least open to ideas.

According to Bleacher Report’s Ric Bucher, David would be willing to joining the Knicks if they landed Kevin Durant.

The Knicks already have “a strong chance” of signing Durant, according to the report.

But prising Davis out of the Pelicans’ grasp won’t be easy.

They would reportedly have to put Kristaps Porzingis on the table to even have a chance.

But New Orleans is unlikely to trade Davis until the offseason, when Porzingis can’t be traded due to heading into restricted free agency.

New York’s other shot at AD would be winning the draft lottery and offering up the number one pick.

The Knicks currently have the equal best odds to land the top pick, which is 14 percent following sweeping lottery reform.