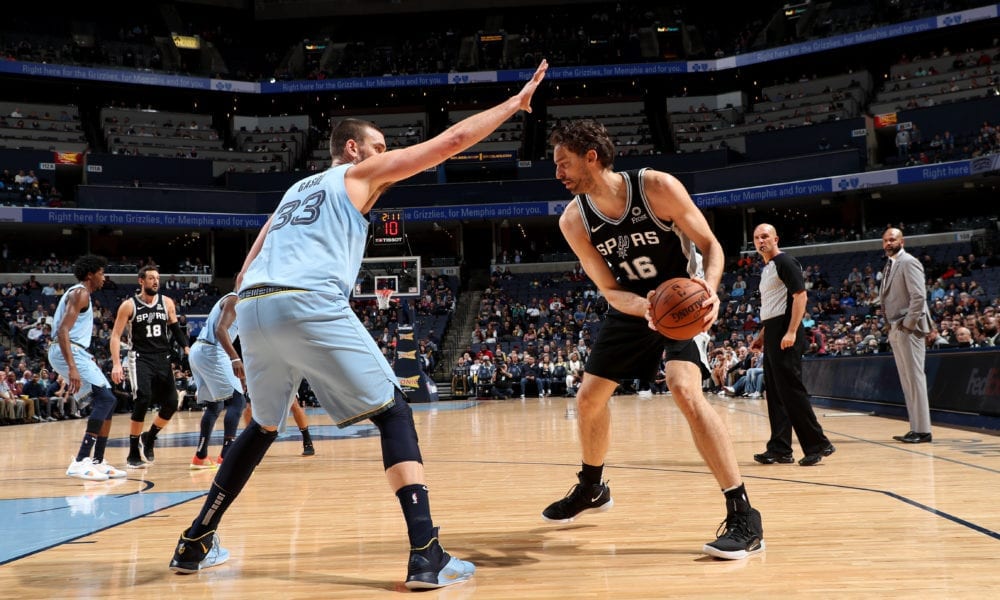 With the Grizzlies shopping him around in the lead up to the trade deadline, Marc Gasol knows his days in Memphis are numbered.

While the reality of his 11-year Memphis run ending is still sinking in, it’s only natural to think about what comes next.

One of the many possibilities buzzing around Gasol’s mind is teaming up with his brother Pau in San Antonio.

He can’t help but wonder what it would be like.

“…Maybe I’ll get traded to San Antonio and Pau comes back, who knows?” Gasol told The Daily Memphian.

“That would be kind of funny. There’s a part of me that would like that.

“He still has a place here, the same place, my parents live in it. My parents have been here the whole ride.”

The two Gasol brothers would undoubtedly have plenty to talk about if they were in fact reunited, particularly their shared love of Memphis.

There has been a Gasol in Memphis for every one of the Grizzlies’s 18 seasons, and both Marc and Pau grew extremely fond of the city during their tenures with the team.

Marc spent many of his formative years in Memphis too, back when Pau was first drafted by the team.

He later left for Europe, only to return to Memphis when the Grizzlies traded for him in a deal which sent Pau to the Lakers.

It’s uncanny the way basketball has connected the two brothers.

And if Marc gets his way, the Spurs will connect them once more.