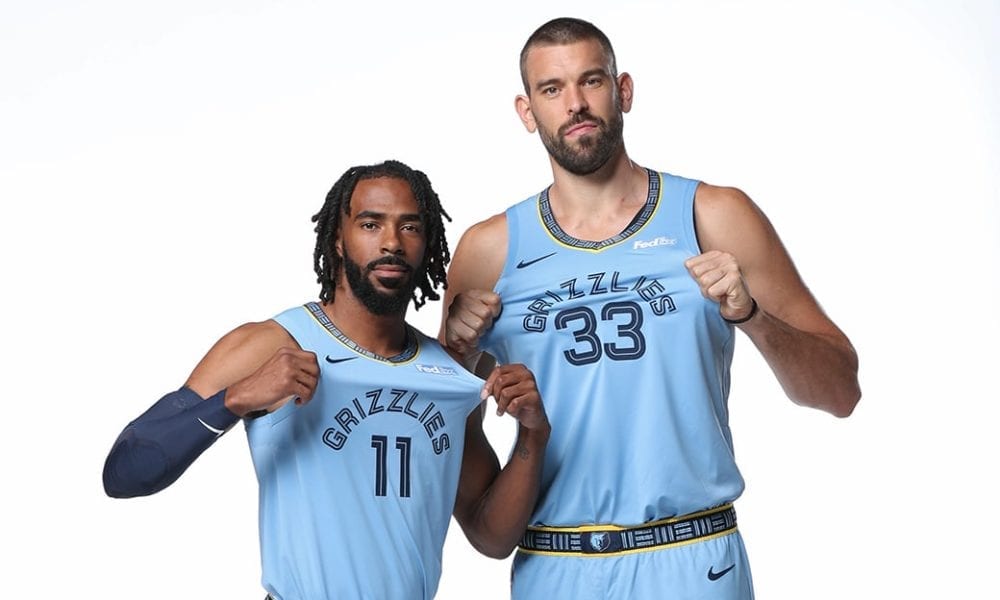 The final pieces of the Grit and Grind era are finally about to be packed into boxes and shipped out of Memphis.

Earlier this week ESPN’s Adrian Wojnarowski reported the Grizzlies were listening to trade offers for Marc Gasol and Mike Conley for the first time, something the two players have since confirmed themselves.

Gasol said he wasn’t going to use the development as an excuse to give anything less than 100 percent on the floor.

“Does it feel like it’s up to me right now?” Gasol said when asked about the possibility of playing his whole career in Memphis, per The Commercial Appeal.

“No. So why even think about it. It’s irrelevant. You go out there and do your job. That’s plain and simple. I don’t want anyone to use this as an excuse not to do so.”

Gasol did, however, question why his buddy Mike Conley was also on the chopping block.

“I don’t understand why Mike is in those talks either,” he said.

“Mike is one heck of a player, and we’re going to need good players moving forward. I don’t understand why Mike is in this.”

Conley, meanwhile, was very calm and collected about the whole thing, saying team owner Robert Pera informed him of the development before it made national headlines.

They say all good things come to an end.

But damn, this sucks.

Those Gasol-Conley led teams endeared themselves to the world during their best years.

Here’s hoping they both land on contending teams sooner rather later.