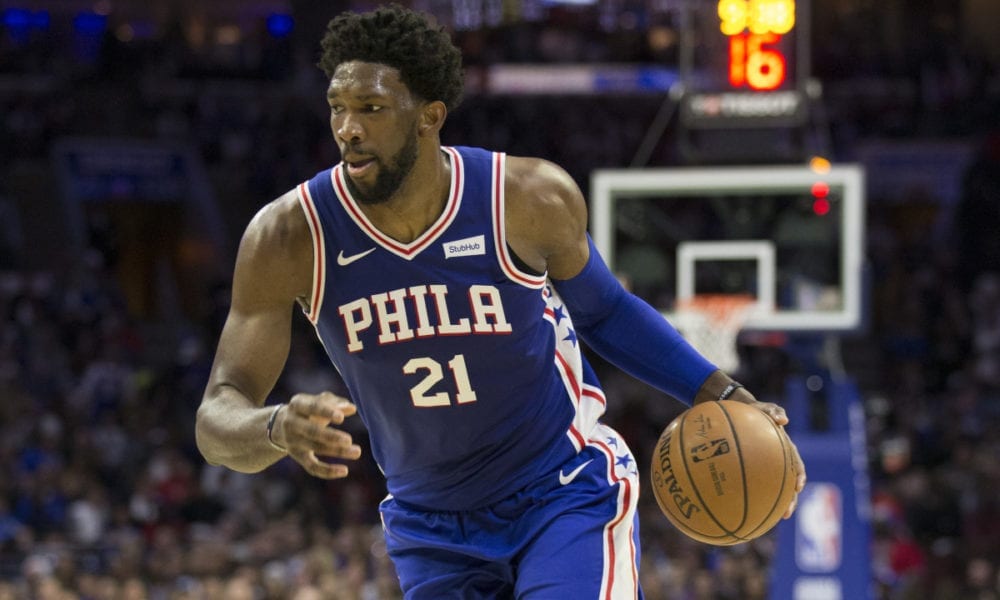 There’s been some incredible quotes over the years, from Scottie Pippen telling Karl Malone the “mailman don’t deliver on Sundays” to Antoine Walker saying he shot so many threes “because there are no fours”.

Now they have a little extra competition, and something to match Allen Iverson’s ‘practice’ rant in terms of the best quotes to come out of Philly.

Joel Embiid has always had a way with words and he proved it once again after dropping 28 points, 11 rebounds and 6 assists on Tuesday as 76ers beat the Lakers 121-105 at Staples Center.

Earlier in the season Embiid declared he disliked shooting threes, but after hoisting up six of them against the Lakers he was subsequently asked about his itchy trigger finger.

His response was priceless, via NBC Sports’ Krystle Rich:

“But you’re not going to disrespect me by giving me a lot of space.

“In that situation, I’m going to shoot it.”

“I’m Joel. I’m Joel Embiid. I don’t get disrespected. I do the disrespecting.”

It was a line fit for The Terminator.

And if Embiid keeps hooping like this, teams won’t be disrespecting him for long.