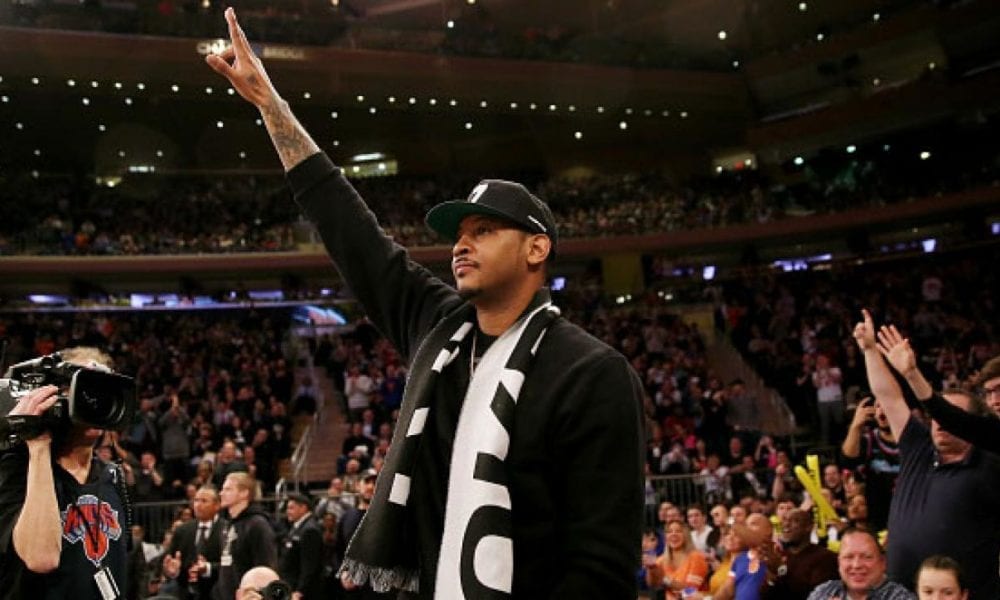 Carmelo Anthony was met with a standing ovation on Sunday night at Madison Square Garden as the former-Knick returned to his old stomping ground to watch Dwyane Wade in one of his last games.

Say what you will about Melo, but there’s no doubting that he gave Knicks fans plenty of entertainment at the Garden.

There was the 62-point game and the dual three-pointers over Luol Deng to beat Chicago, and who could forget the Kevin Garnett-Honey Nut Cheerios incident.

While Anthony was unable to bring a ring to New York (he’s not the only one, it’s been 46 years) it’s safe to say that the 10-time All-Star had a pretty great time there.

“I’ve had some great years in this building,” Anthony said when interviewed by MSG’s Rebecca Harlow courtside.

While the fans and the media were treating Melo like a retired legend, he was sure to clear up that he expects to be back playing soon.

“I look forward to coming back and playing in this building some more.”

There’s just one little problem – Melo doesn’t know who he’ll be playing for. At this stage in his career he just hopes that wherever he ends up makes him happy.

“At this point, I just want to be happy. I think I’ve put myself in a good, peaceful mind state right now, [being] able to focus in on what I need to focus in on.

Wade, one of Melo’s best friends, is sure that Anthony can still perform in the NBA.

“It has to work perfectly when it’s an ageing star in this game. And unfortunately, his last stop in Houston, it wasn’t the right stop. But Carmelo can play basketball.”

Let’s hope that whatever stop Anthony ends up at next is the right.