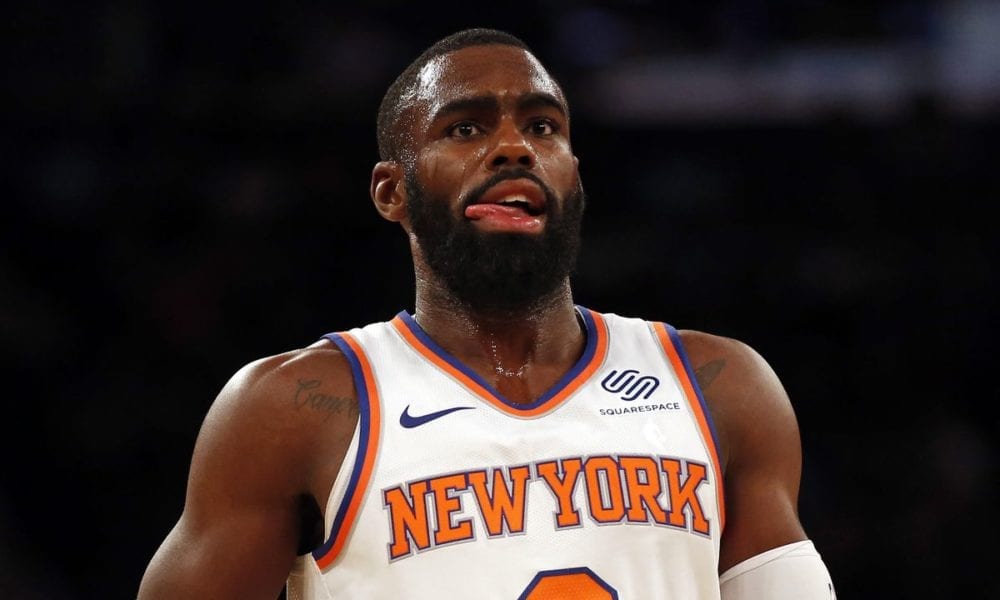 After suffering a frustrating loss to the Houston Rockets on Wednesday, Knicks rookie Allonzo Trier took a leaf out of Kevin Durant’s book and went on Twitter to defend himself amid a torrent of hate from riled up fans.

Trier was salty because a defensive mishap in the final minutes of the game meant that the man he was guarding, Eric Gordon, had room to swish the game-winner.

But instead of just taking responsibility and moving on, he vented his frustrations to a fan on Twitter.

“It was supposed to be a switch dumb ass you think I just let n—a walk up and shoot a 3 smh ya’ll ‘fans’ don’t think,” Trier wrote in the DM to a fan, who screenshotted it and tweeted it out.

When Hardaway was told about Trier’s social media dummy spit on Thursday, he wasn’t happy.

“Oh, so he was blaming other people, basically?” Hardaway said to reporters, via the New York Post.

“At the end of the day I think it falls down on the team. Team defense, you learn from it.”

“I just think that when it gets taken to social media that means you’re breaking the rules of being a team,” Hardaway said. “Keep all your frustration and everything and be pros. Don’t listen to the outside. We’re all in this together, 15 strong.”

Coach David Fizdale, who confirmed that the defense was supposed to switch, spoke to Trier about controlling his emotions better next time, and keeping it off social media.

23-year-old Trier expressed that his ultra-competitiveness can be a “gift and [a] curse.”

On this occasion it was definitely a course for the 10-36 Knicks, who have now lost 18-20 matches going into Friday night’s game against the Brooklyn Nets.