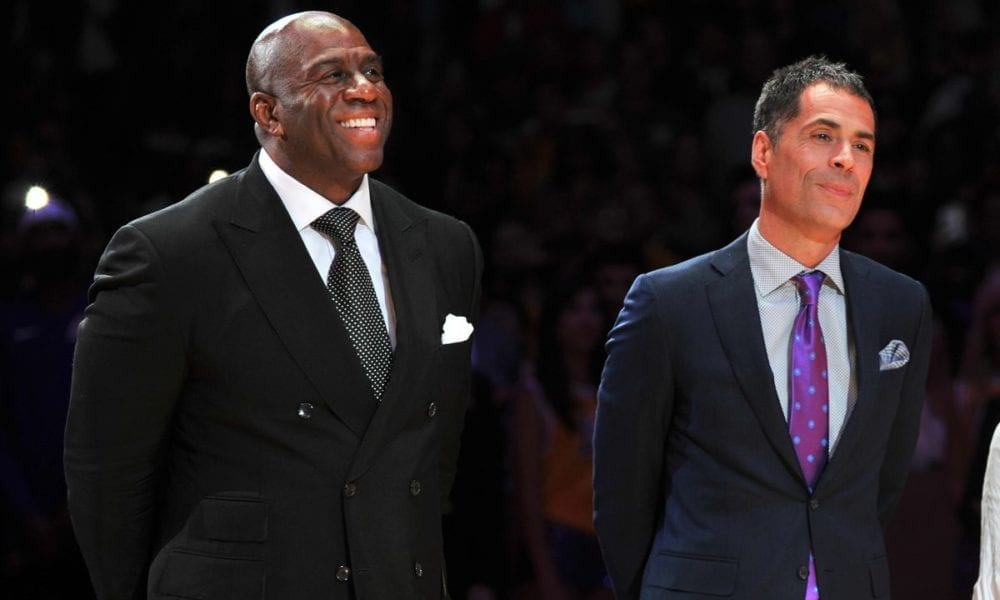 Magic Johnson and Rob Pelinka appear to be willing to make some big moves in order to lift the Lakers out of ninth spot and into the playoffs.

If the Lakers are still outside playoff contention when the February 7 trade deadline rolls around, we could be in for some fireworks.

What kind of fireworks? Well, according to Bill Oram of The Athletic, there’s two different ways things could go.

The Lakers could make a trade to improve their current roster and increase their chances of making the playoffs this season.

Or they could make a blockbuster trade for a second superstar that makes them a legitimate competitor in the Western Conference this season and into the future.

“The second [option] is the priority, even if it means parting with some combination of Brandon Ingram, Lonzo Ball and Kyle Kuzma,” Oram wrote.

“Ideally, the Lakers would be able to land a second star in free agency and keep the core intact. However, with Anthony Davis unlikely to become available by the deadline, that particular dilemma may be a moot point this season.”

So basically the Lakers want to add a star that will help them compete for the championship this season, but unless that player is as good as Davis, they’ll just wait until next summer.

Davis has said that he will wait to do a “full evaluation” of his career in the summer. It would be a miracle if he requested a trade before the deadline.

Unfortunately for the struggling Lakers, while they will definitely make a move before Feb 7, they will be stuck trading for players on expiring contracts.

I can think of one (former) superstar that would love to receive a call from the Los Angeles Lakers and his old friend LeBron: former NBA scoring champion, Carmelo Anthony.