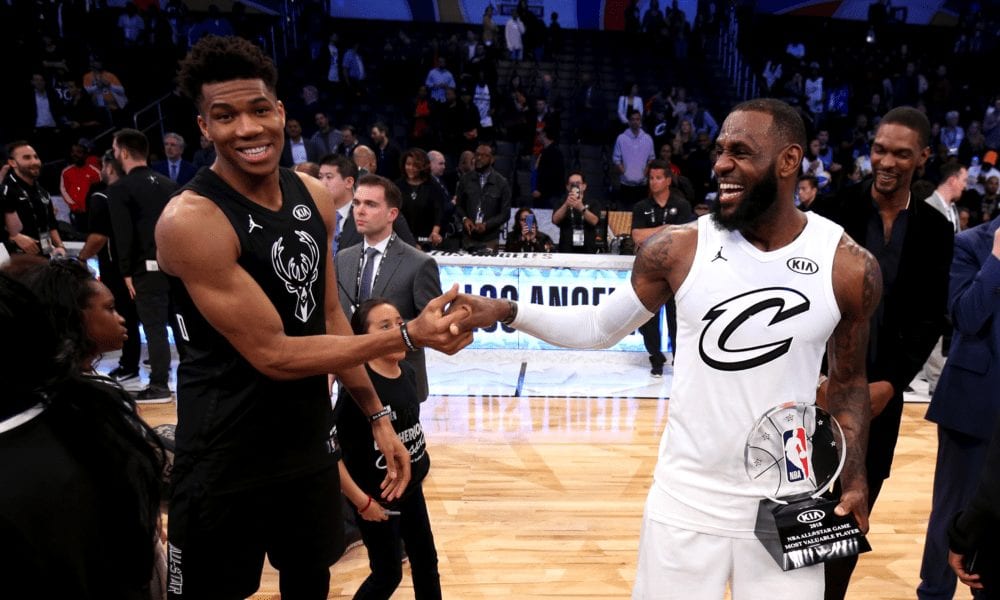 When the NBA abandoned the East-West All-Star format last year in favour of two captains picking teams, there was only thing missing.

To really do the format justice and underline the intrigue that comes with it, it needed to be televised.

Everyone knew it, even the players.

Yo @StephenCurry30 that was fun!! Definitely should’ve been televised. 🤷🏾‍♂️ #AllStarDraft⭐️

This year, the NBA has righted that wrong.

So, with the draft just around the corner, here’s everything you need to know about the big night.

How can I watch it?

TNT will carry the official broadcast.

You can also stream it over at WatchTNT.

Alternative broadcasts for international viewers are yet to be confirmed, but keep your eye on NBA League Pass, the NBA App and NBA.com.

There should be a legal way to tune in, you shady stream-hunting bandits.

LeBron and Giannis, two players so iconic we rarely use their second names, will select and captain the two teams after leading their peers in the voting.

Which players will they be choosing from?

They’ll have their pick of these guys…

…as well as the 14 additional players to be selected by the coaches and unveiled on Thursday next week.

Remember, even though players are grouped by East and West when they’re initially named All-Stars, on draft night LeBron and Giannis can select whoever they want, regardless of conference.

Among the biggest names set to be added to the draft pool are Anthony Davis, Russell Westbrook, Klay Thompson, Damian Lillard, Blake Griffin and Kyle Lowry.

Who gets the first pick?

As the top vote getter, LeBron will pick first.

Giannis will get the first pick of the second round (reserves).

Who gets the last pick?

Technically, LeBron gets the final pick.

But Giannis will effectively make that decision for him because when he makes his last pick (the second-last pick overall), that will leave James with the only remaining player.

Surely this will create some sweet, sweet drama?

No one wants to be passed over and these dudes are competitive as hell.

TNT’s old tagline was ‘we know drama’ and the NBA attracts more nightly drama than America’s three other major sports combined (not an official stat, obviously, but I’m rolling with it).

It would only be natural for this thing to get a little spicy.

Related Article:  The NBA All-Star Draft Will Be Televised And We're Hyped For All The Drama
-->