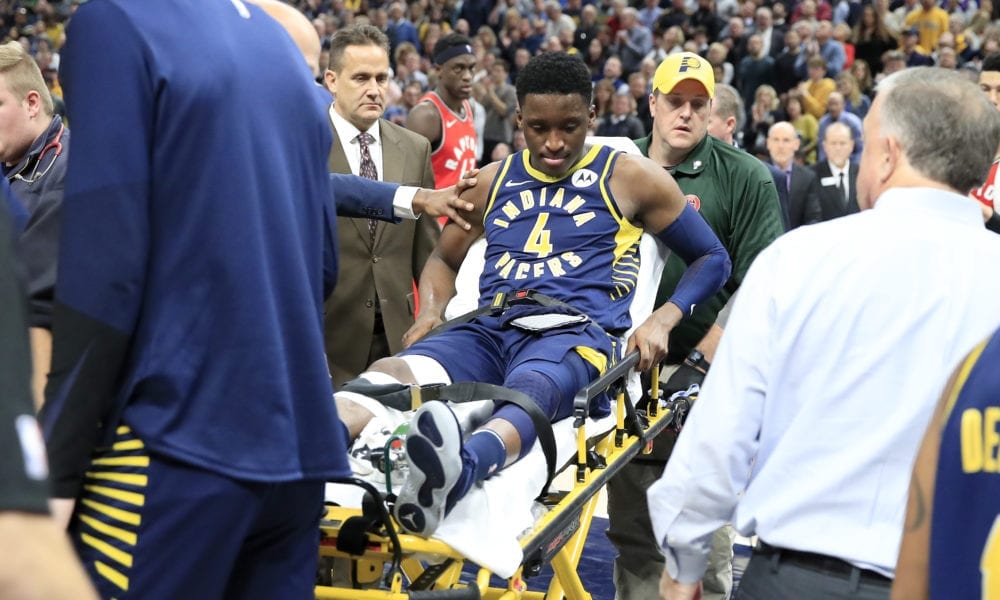 Just a year and a half after emerging as a genuine star, Victor Oladipo has come crashing back to earth with a suspected season-ending knee injury.

While Oladipo won’t have a full evaluation until tomorrow, a preliminary exam suggests his season is over, according to ESPN’s Adrian Wojnarowski.

This is clearly a massive kick in the guts for ‘Dipo.

Here’s how the NBA world reacted to the heartbreaking news.

Hope it’s not a serious injury to Vic and a speedy recovery.

Tough blow…He will be back… He is literally in the BEST HANDS…JCW got em😉 https://t.co/w39QEV950I

Related Article:  Kevin Durant Says Lakers Will Be ‘Team To Be Reckoned With’ Once LeBron James Returns
-->