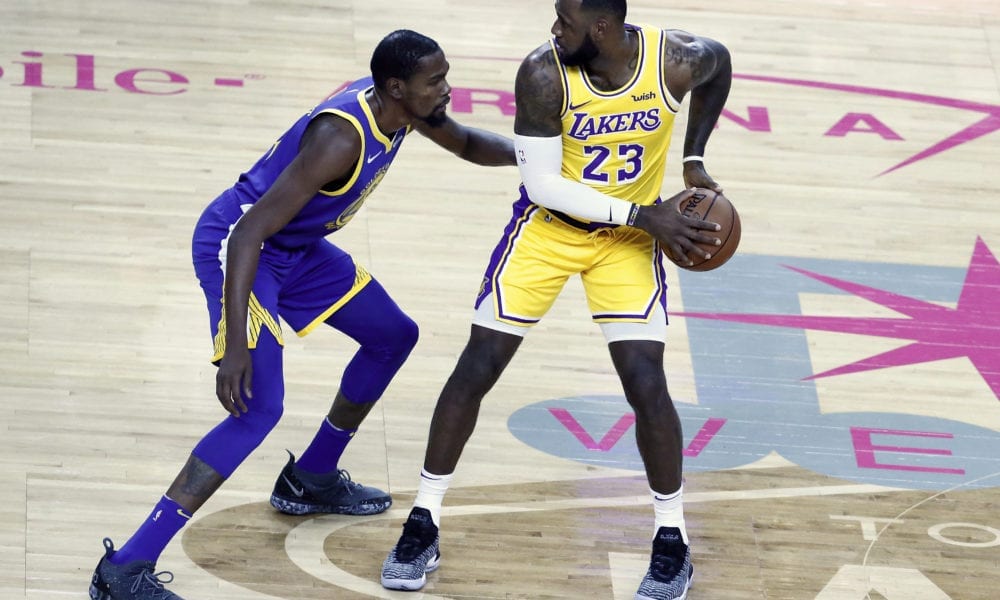 No one is more familiar with battling LeBron James than the Golden State Warriors.

Having met James in the four previous Finals, Golden State are still weary of the playoff threat LeBron presents, even if his current supporting cast is both inexperienced and unproven.

And no one is more aware of the pain James can inflict than Kevin Durant.

“I think here, with his injury, it kind of threw a wrench into the chemistry with the team because I think they were in a good groove, especially when they killed us on Christmas,” Durant said, per The Athletic.

“I think they’re going to be a team to be reckoned with in the playoffs.”

Draymond Green also sees them as a team worth paying attention to.

“I don’t know that they’ve played enough games together to even judge it,” he said.

“I know they’ve got some good talent on that team.”

Perhaps also in the back of Green and Durant’s mind is the beatdown LeBron’s Lakers handed the Warriors on Christmas Day.

It was a superb showing from LA, prevailing 127-101 and showing what they were capable of when firing on all cylinders.

If they can get back to that level, a potential Lakers-Warriors showdown in the playoffs would make for interesting viewing at the very least.