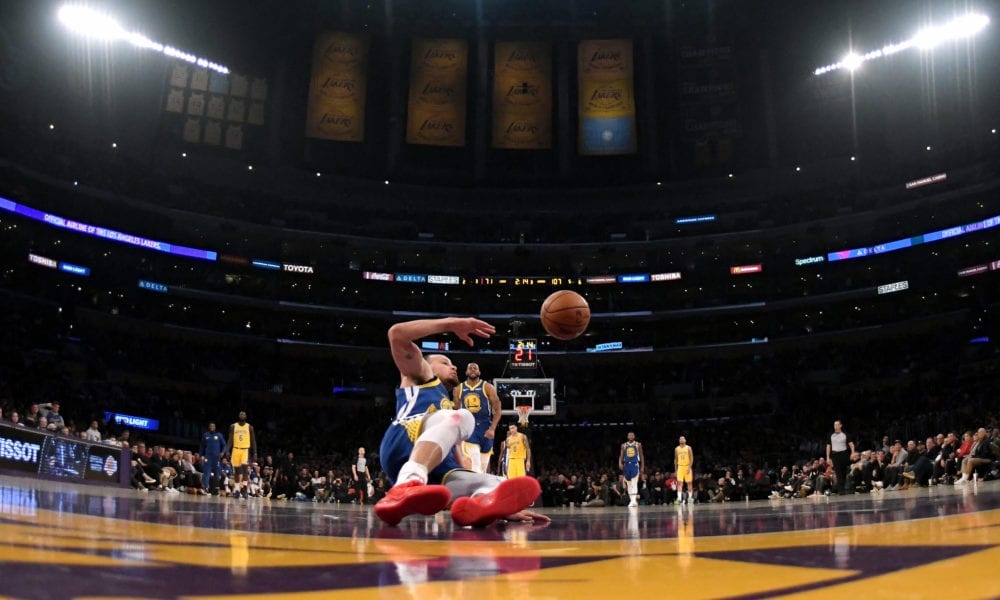 When Steph Curry picked off a Kyle Kuzma pass and cruised into the open court against the Lakers on Tuesday, he planned on doing some he’d “never tried before”.

With visions of a highlight reel dunk running wild in his mind, Curry instead slipped and fell flat on his back.

He then made matters worse when he popped up again and launched a corner three right over the basket.

Curry – who finished with 11 points, 12 assists and five rebounds – was all smiles when discussing the moment later on.

“I was like a kid walking in the candy store with the whole halfcourt open,” he said.

“I was going to try something really nice I’ve never tried before.

Curry never revealed what kind of dunk he had in mind.

He certainly looked like he was twisting his body in readiness for a 360 of some description, but we’ll have to wait for his next foray into the open court to find out.