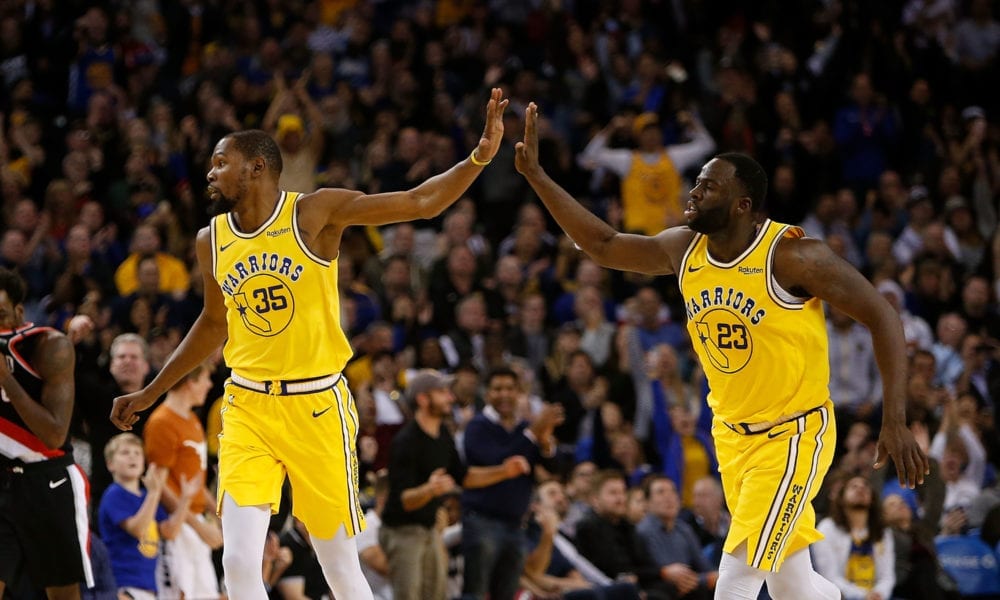 When Draymond Green tore shreds off Kevin Durant during a heated shouting match earlier in the season, the disagreement was widely described as severe enough to derail the Warriors dynasty.

All these weeks later, Durant and Green are doing just fine, and by extension, so are the Warriors.

But it wasn’t easy for the talented duo to put their differences behind them.

It required a lot of work, and some very difficult conversations.

According to The Athletic, Durant told Green he wasn’t going to accept the emotional excuse Green had put forward.

KD knew Green was capable of controlling his emotions, and challenged him to make it happen.

In doing so, he challenged him to be a better teammate.

Green accepted, paving the way for the revival of their relationship.

It’d be easy to assume someone as fiery as Green wouldn’t respond well to being called out, but that couldn’t be further from the truth.

“You see so many times people like ‘yes’ men being around them,” Green told The Athletic.

“They go home and whoever lives in their house is like, ‘Oh yeah. You’re right.’

Green hits on an interesting point there.

True friends will tell you what you need to hear, whether you want to hear it or not.

So when Durant did exactly that, he knew KD was someone he could ride with.

Oh, and speaking of being told things you don’t want to here: all this means the Warriors are well and truly back in business.