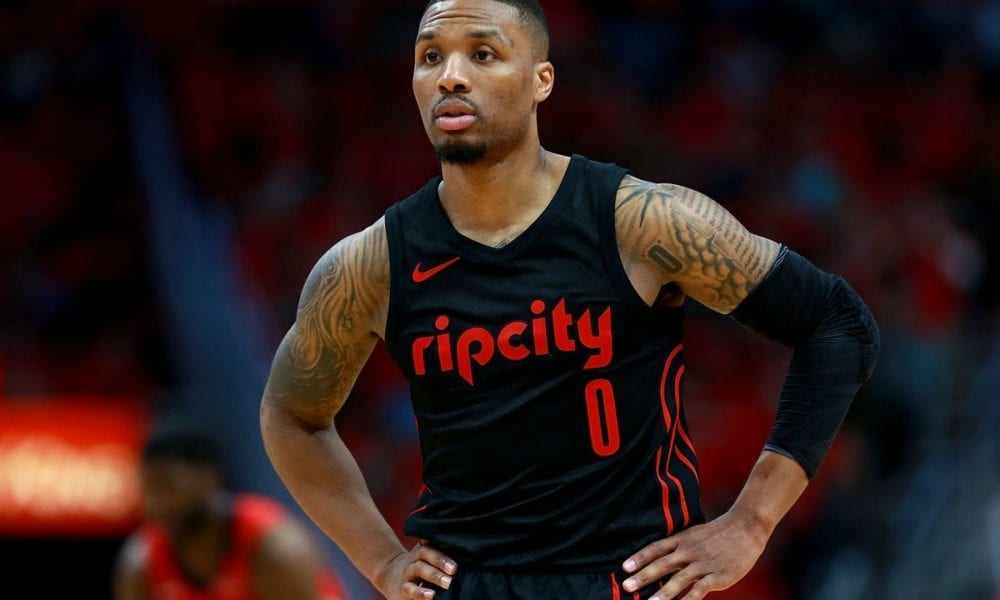 Damian Lillard craves an NBA title as much as anyone.

But he says he isn’t willing to push any of his teammates out the door – or under the bus – in order to improve the team.

And even if the Blazers make a big play for star talent without him pressuring them to do so, Lillard says it has to be the right match.

“If we go away from (team chemistry and continuity), it has to be for certain that we are able to match them talent wise,” he told The Athletic.

“I’m not saying ‘Do it’ if we can get that, I’m just saying if we are ever going to sacrifice (chemistry), it would have to come with us being able to match a team with talent, and that’s unlikely.

“It’s hard to get that much talent to come to Portland.”

As The Athletic’s Jason Quick points out, the obvious problem with Lillard’s desire to win big with the Blazers is their primary trade chip being his close friend CJ McCollum.

“…I’m not going to be the person to say I want to win a ring so bad and all I care about is winning. Because at the end of the day, I know in my heart I want to win.

“I want to win a championship for this city, but I’m not willing to put somebody under the bus to do it. That means more to me than saying ‘I won a championship!’ but now this guy has been traded to a bad situation.”

He’s doing him, no matter what, and for that he deserves respect.