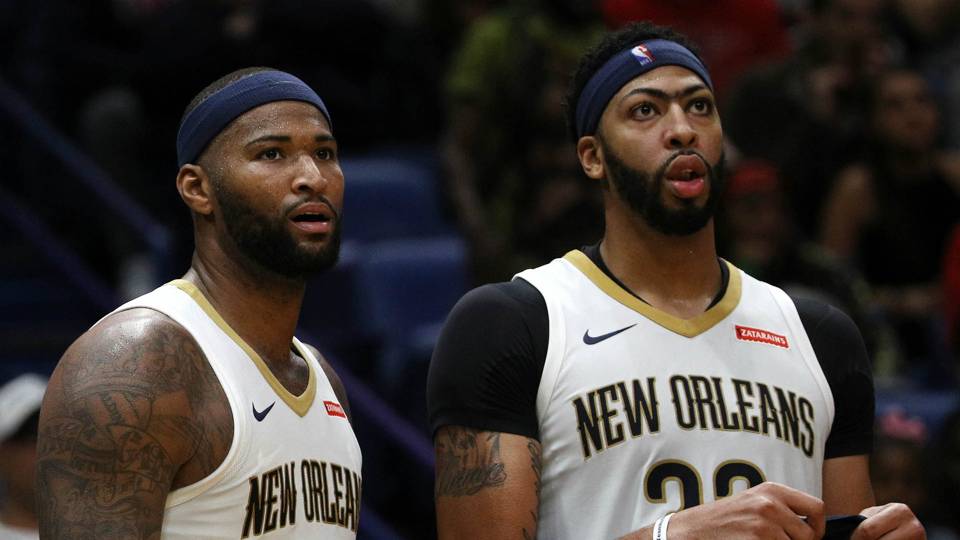 You’d think DeMarcus Cousins wouldn’t have any complaints after joining one of the greatest teams of all-time, but Boogie has never been one to let things go.

While he’s enjoying his time with the Warriors, the four-time All-Star still gets frustrated when thinking about what could’ve been in New Orleans with Anthony Davis by his side, according to The Athletic’s Shams Charania.

“I think about our pairing all the time,” Cousins said. “Me and AD talk about it. It’s f–ked up.

“It could’ve been something great, something special, but other people had different things in mind. That’s out of our control, and you never know what’ll happen later on down the line.”

Cousins also took the opportunity to vent about the lack of interest in him during free agency this past summer.

“The people I reached out to… man, the teams I was talking to, and how they slammed the phone in my face,” he said. “They all slammed the door shut on me.

“I wish I could share those conversations, but it’s done with. I reached out to teams with the same offer as Golden State, just to see.”

It sure doesn’t sound like “it’s done with” as far as Boogie is concerned, considering he’s complaining about it all these months later.

In what ended up being Cousins’ final season in New Orleans, the big fella averaged 25.2 points and 12.9 rebounds.

They’re colossal numbers, but his value fell dramatically when he tore his Achilles this time last year.

The Warriors were able to pick him up for a steal and so far they’re reaping the rewards.

Related Article:  DeMarcus Cousins Is Already Embracing The Hate That Comes With Joining The Warriors
-->