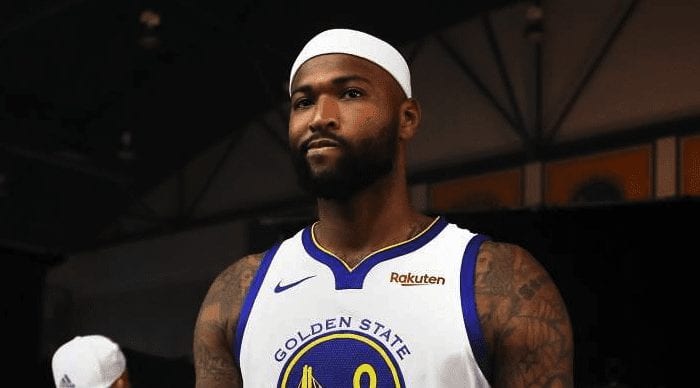 When DeMarcus Cousins signed with the Golden State Warriors this past summer, it sparked a widespread outcry among fans who already felt the Warriors had ruined the league’s competitive balance.

And while Cousins kept a relatively low profile at the time and throughout his rehab, he has been in the media lately ahead of his looming January 18 return fully embracing the hate that comes with joining the outrageously talented Warriors.

He even went as far as to call his Golden State squad “the most hated team in sports”.

“I mean, they’re gonna say what they have to say. They’re gonna add their opinions. We’re the most hated team in sports.”

When Nichols suggested the New York Yankees and Dallas Cowboys might have something to say about that, this was Boogie’s response:

“I would say the Warriors are for sure. You know they hate Kevin. They hate me. I think the only guy they really like is Steph.

“Actually, they may hate him, as well. They hate Draymond Green. But I mean, it is what it is. I can’t worry about that.”

Cousins is scheduled to return on Friday against the Clippers after missing close to a year of basketball due to left Achilles tear.

It’s an injury which is famously the most devastating in sports, making it impossible to predict how much of the old Boogie still exists.

But at least we’ll have a slightly better idea on Friday night.